Carmel High School senior Mackenzie Gonzalez is getting a glimpse of life as a teacher through her theater work. 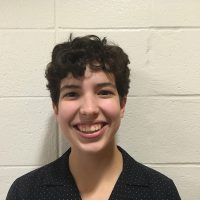 “It’s challenging to handle students all at once.” Gonzalez said. “It’s all scripted but they are kind of a rowdy bunch. It’s interesting to see from a teacher’s perspective trying to rein students in and keep a controlled environment.”

Originally a 1964 novel by a New York City school teacher, it was adapted into a play and then a movie starring Sandy Dennis in 1967.

“What drew me to it was how much things have changed but how little has changed,” director Jim Peterson said. “There’s a lot that hasn’t changed from the way she deals with the students and way she deals with administration. It spoke to me being a veteran teacher. It took me back to being a first-year (teacher).”

Peterson did update some of the dialogue and allows students to have their cellphones so it more resembles today’s classroom.

“She always wants to do the right thing,” Gonzalez said. “She has a really good heart.”

This is the biggest part Gonzalez has played, so a challenge has been learning all the lines. 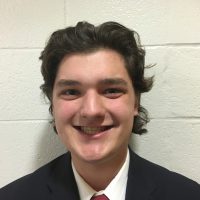 “There is a lot of back-and-forth. You have to keep up with everything to keep the show flowing,” she said.

“I enjoy that he is a powerful figure and other characters respect his authority in the school,” Murray said. “It’s enjoyable to play someone that has that kind of power in real life. It’s challenging because it’s not who I am as a person and not that commanding.” 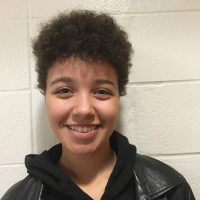 “It’s a fun role but it’s definitely more emotionally challenging than Charlotte, for example, because she has a lot of inner turmoil she has to deal with,” Hughes said. “I relate to a lot of things she is relating to but it’s hard to put that on stage and make it relatable to everyone watching it. I think it’s something every student in high school can relate to, all the inner-struggles that high school students have.”