You are at:Home»Current in Carmel»Carmel Community»Carmel Interfaith Alliance to hold Thanksgiving service Nov. 19

The Carmel Interfaith Alliance was built on one major core belief.

“We believe we have so much more in common than what separates us,” Carmel Interfaith Alliance president Jerry Zehr said. “In a time today when there are people that want to divide us, we feel it’s important we come together and say to the larger community how much we are together and thankful for the blessings of God.”

“Our focus is on Thanksgiving. In all of our faith traditions, we are called on to come with grateful hearts for what God is given to us,” said Zehr, Carmel Christian Church’s pastor.

Zehr said the Thanksgiving event is the first he has hosted as part of the Carmel Interfaith Alliance, which started two years ago. 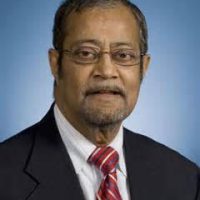 “We’re having participation from many of the different faith communities,” Zehr said.

Dr. Shahid Athar, a Carmel resident, will be presented with a proclamation from Carmel Mayor Jim Brainard and the Interfaith Ambassador of the Year Award for his more than 40-plus years of interfaith work.

“He’s a longtime Indiana resident originally from India and a part of the Muslim community,” Zehr said. “He’s quite a dynamic man.”

There will be a dance of Thanksgiving by Blanche Wright, a member of Light of the World Christian Church in Indianapolis. She will be dance to the song, “He is Faithful.”

“We’ll be having readings from Hindu and Jewish communities as well,” Zehr said.

Zehr said everyone is invited to bring a non-perishable food item for their offering. Zehr said the items will be delivered to a local food bank.

The service is open to the public and child care will be provided.