You are at:Home»Current in Zionsville»Zionsville Community»Zionsville town councilor pleads guilty to OWI Class A misdemeanor 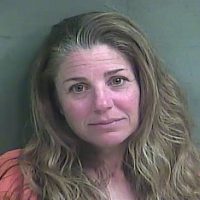 The agreement states that Hopper will serve a suspended sentence of 365 days with four days already served and that she will be on supervised probation for the balance of the suspended sentence. It states she is not allowed to possess or consume alcohol during the probation and that her driver’s license is suspended for 210 days with specialized driving privileges for the following 180 days.

Hopper was arrested Sept. 25 after a Zionsville Police Dept. officer noticed her vehicle drive over a sidewalk and curb, according to a police report. She registered a .221 blood alcohol concentration, the report states, which is nearly three times the legal limit.

Hopper stepped down from her role as town council president Oct. 23 but will remain on the council. She also resigned from the Zionsville Safety Board and Board of Police Commissioners.