You are at:Home»Current in Noblesville»Noblesville Community»Kenley gets day full of tributes 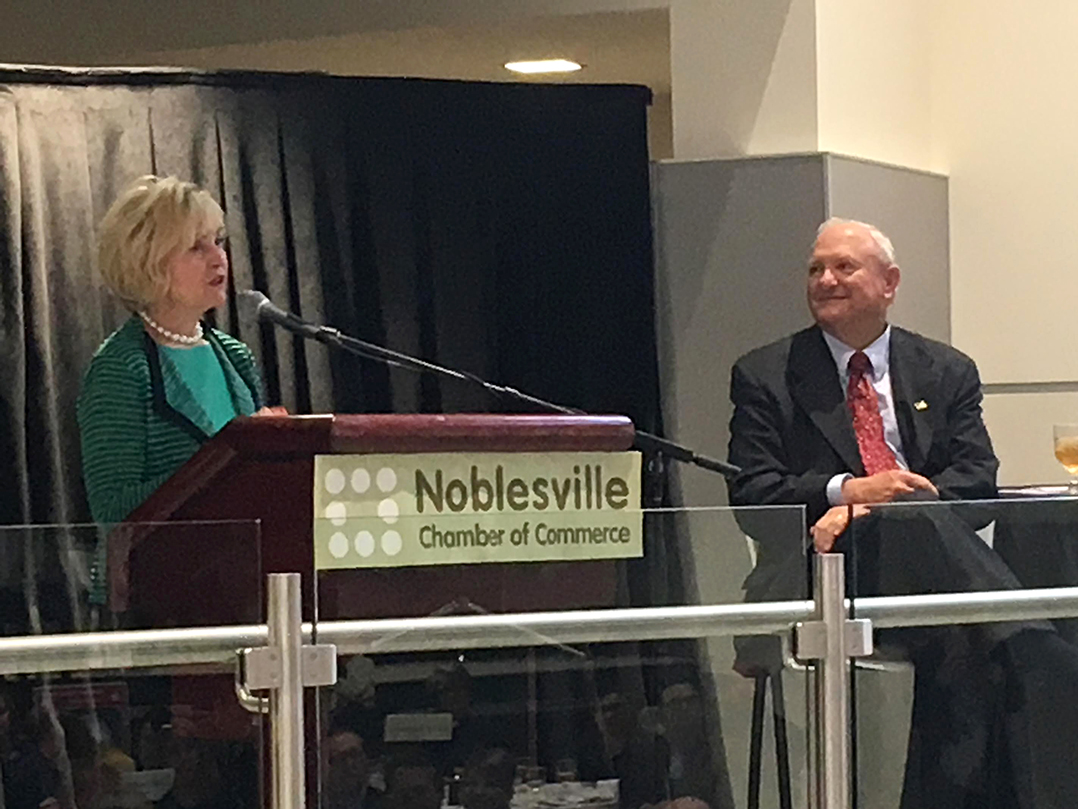 But Ditslear agreed Nov. 2 served as another one, as a tribute featuring several speakers was held at Ivy Tech. The Noblesville Chamber of Commerce helped host the event.

Kenley, 72, retired Sept. 30 after 25 years of State Senate. Kenley, a Republican, was chairman of the Senate Appropriations Committee and helped shape the state budget.

“There is no one more deserving than Luke Kenley of gratitude from their friends and neighbors for his decades and decades of public service,” former Lt. Gov. Becky Skillman said. “I’m just pleased to be a very small part of that.”

Kenley and Skillman both were elected to the State Senate in 1992.

“He was named Freshman of the Year in 1993,” Skillman said. “He was indeed a stellar freshman, but I think he bought some of those votes. I think he bought some of those votes with those great oranges and candy bars from his family grocery store. That’s how that worked. Luke will be remembered for his great fiscal stewardship from the state of Indiana and rightfully so. Quite frankly, he could help any legislator with their proposals. They often sought him for advice out on any issues from education to health care to regulatory reform. No matter how busy he was, he would always stop what he was doing to help another legislator become successful, and I think that says about Luke Kenley the man.”

Skillman, who left the State Senate to lieutenant governir under Gov. Mitch Daniels in 2005, said she often was like the rope in a tug of war between Daniels and Kenley.

“Luke was called into the governor’s office a time or two,” Skillman said. “I think it’s accurate to say Luke Kenley and Mitch Daniels sometimes had differing opinions. The end goal might be the same, but they might take a different route to get there. Let me say confidentially, I say each of them were accustomed to having their way and having the final word.”

Skillman said Daniels and Kenley were both great leaders and had great respect for each other.

Ivy Tech President Sue Ellspermann, former lieutenant governor under then-Gov. Mike Pence, announced an area of the school would named Kenley Commons at the Ivy Tech campus in Noblesville. Ivy Tech formerly was home to Noblesville High School, when Kenley was in school.

“Life doesn’t not end after retirement from the legislature,” Kenley said. “I’m looking forward to it. About two days after I realized that was the smartest decision you ever made, what took so long.”