Since retiring in 2002, Bernard Huesing has devoted his time to writing. It’s something he has always loved but never had time to do before. He released his second book in September, which is also his first full-length novel. 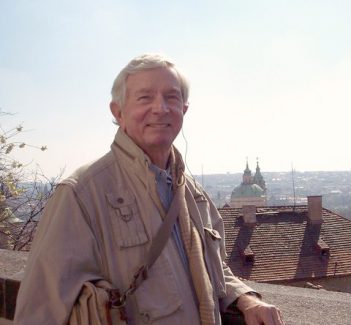 During the past 10 years, he attended various writing seminars and published a novella in 2013. “The Trouble with Cass” is a Civil War-era murder mystery and his first piece of fiction. Huesing said the novella had some success, which motivated him to keep writing and create a full-length book.

“It’s just to be able to express yourself and do research and interpret what you find,” Huesing said. “I like to weave the characters into the line of history. My thoughts are that I want to make history come alive.”

His second book, “Kill Abby White! Now!” is a historical fiction thriller set during the Roaring Twenties, the 1930s and early World War II years. The book follows Abby White and a group of journalism interns from the Chicago Tribune as they search for the best story to cap their college careers. Eventually, they find themselves caught in life-threatening situations all around the world.

“I think it’s a fun read,” he said. “It has a good ending and a good beginning. I’m very enthused about it.”

Huesing said he will speak at book clubs and hold signings at local libraries to promote the novel.

“Kill Abby White! Now!” is available online and at Barnes & Noble starting at $9.99 for an eBook and $24.95 for a hardcover. For more, visit killabbywhite.com.

Before becoming a published author, Huesing graduated from Purdue University with a bachelor’s degree in electrical engineering and a master’s degree in business. He served four years in the U.S. Navy and worked as a certified public accountant and consultant for international firms. He also has managed small manufacturing companies in northern Indiana. In his free time, Huesing participates in long-distance running and has completed 40 marathons.