You are at:Home»Night & Day»Clay Middle to present ‘Wizard of Oz’ 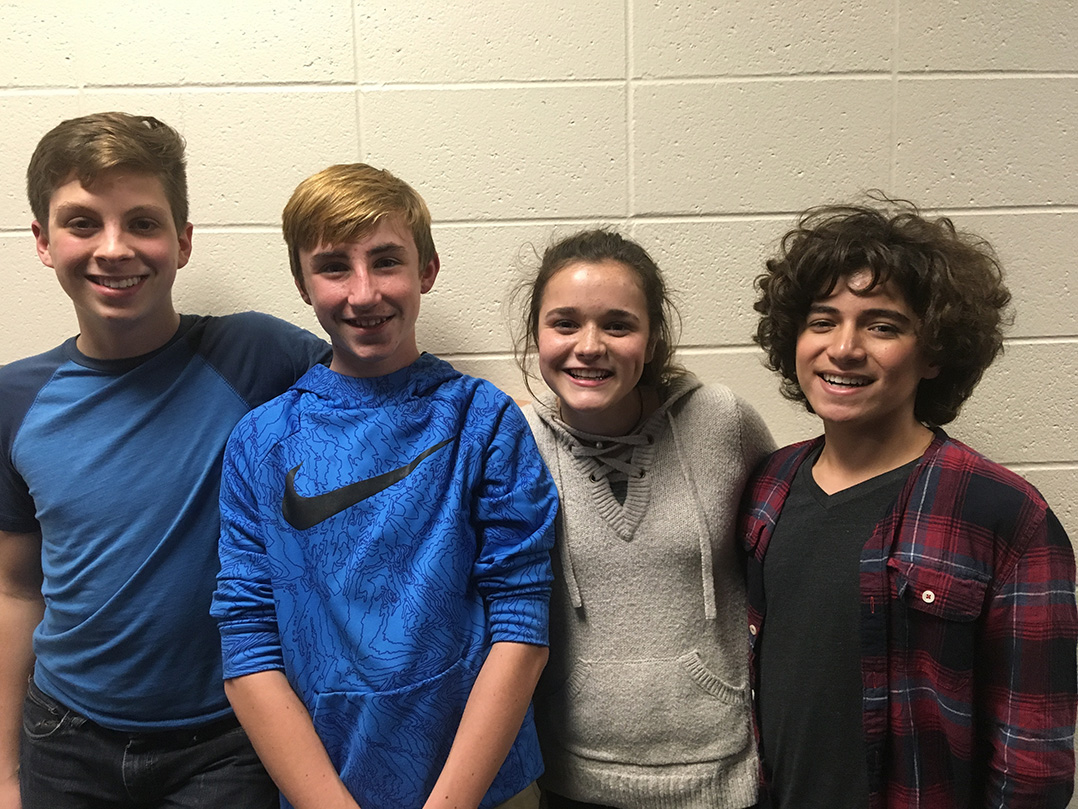 Clay Middle School eighth-grader Jack Binder sees acting as a way of being something he is not.

“I love playing with people and fibbing,” Binder said.

Binder takes on the role of the Scarecrow in the school’s production of “The Wizard of Oz,” set for 7 p.m. Nov. 16, 17 and 18 at the school. The Nov. 16 show is the understudy cast performance.

Binder said he wanted to be the Scarecrow when he auditioned.

“I thought it matched my personality, so that helped in me getting the part,” Binder said. “My costume is awesome.”

The cast, which includes 80 students, features all eighth-graders in the lead roles.

“I love Dorothy’s spirit because she is so positive and looks to the brighter side,” Regan Hadley said of her role. “She’s very kind. It relates to my personality because I try to be kind. Dorothy has been one of my dream roles for a long time.”

“It’s way more fun than people expect to act like a bumbling guy who doesn’t know what he’s doing throughout the whole play,” Sullivan said. “I tend to stand up and stay tall, so it’s difficult to shrink myself down. That’s the hard part.”

Daniel Tanner has the role of the Tin Man.

“I expected it to be a tin trash can, but it’s more felt,” Tanner said. “I will be full silver for all the scenes but about two.”

Tanner said singing comes easy but acting has not.

“It’s been a challenge because I have to learn how to be more expressive with my speech,” Tanner said.

Director Miranda Susie said the biggest challenge is all the special effects the production requires.

“With the magic, that has to happen as the witches are just supposed to appear and making her melt,” Susie said.

Tickets, which range from $3 to 5, are available at eventbrite.com.