You are at:Home»Current in Fishers»Fishers Community»Fuzic announces move to Braden, Holcomb speaks on state’s technology growth 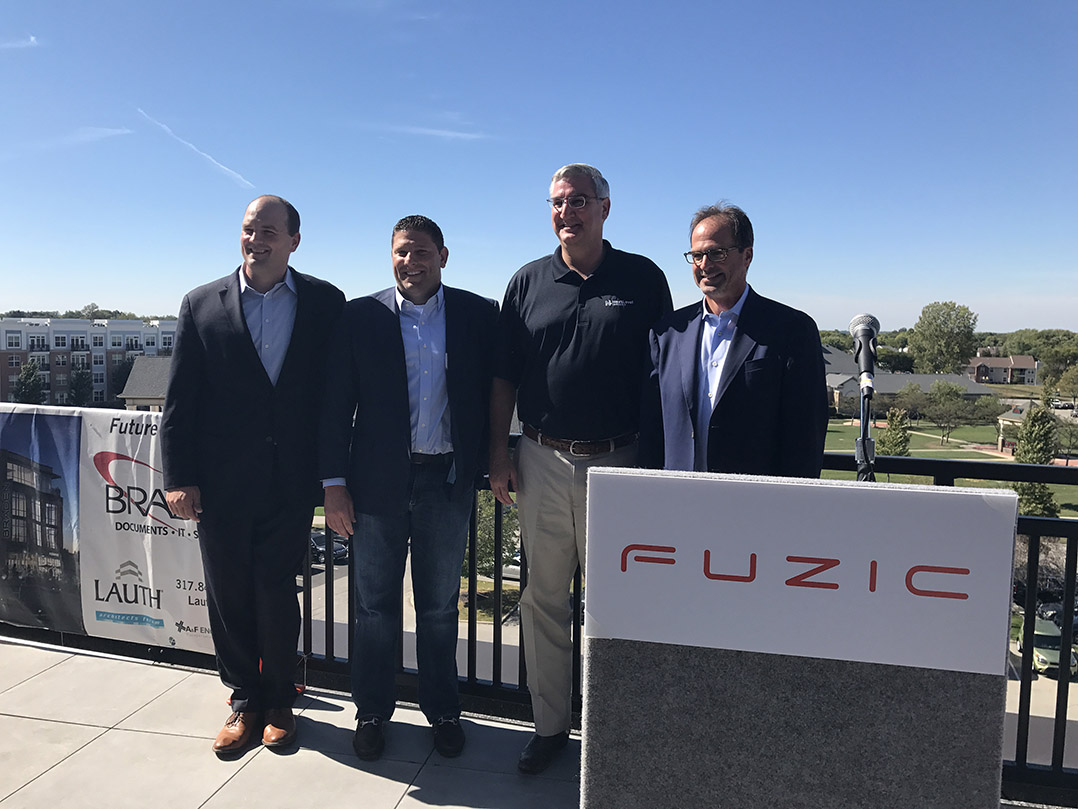 Fuzic announced Oct. 2 it would move into the new Braden Business Systems building, 7 Municipal Dr., and bring 255 jobs to Fishers by 2020. Executives from the marketing tech platform were joined by Gov. Eric Holcomb and Fishers Mayor Scott Fadness.

Fuzic provides custom audio advertisements and music for businesses. It began in Launch Fishers and currently has 30 employees.

“The Indy region including Fishers is building a technological community and rapidly emerging as one of the leading technological hubs,” said Scott McCorkle, Fuzic executive chairman. “We have the fastest technology job growth in the Midwest and second fastest in the country.”

Fuzic was granted approximately $3.3 million in tax credits from the Indiana Economic Development Corporation as well as an additional $145,000 in training grants. CEO Brent Oakley said the City of Fishers was considering more incentives for the company’s expansion. Fuzic will expand into Braden’s second floor.

“As a company that’s got global customers located all around the world, they could’ve chosen anywhere to grow and they chose Fishers,” Holcomb said. “We will remain eternally grateful that you chose to grow your workforce and products on Hoosier soil.

“Because of mentorship and the Indiana technological community and leadership, we have come a long way fast. We are no longer in the wilderness, we are truly a leader nationally speaking and we are witnessing that here right now.”

Fadness shared a story of when he met Oakley, who also owns Prime Carwash. According to Fadness, Oakley formed the idea of Fuzic while he heard advertisements for his competitors in his own car wash, which led to the creation of an idea for Fuzic.

“Today is another step forward in creating a smart, vibrant and entrepreneurial city,” Fadness said. “Anytime you can win a company it’s extraordinary, but when you see one grow, it’s a point of pride.”