You are at:Home»Current in Zionsville»Diagnosis encourages family to raise awareness for organ donation 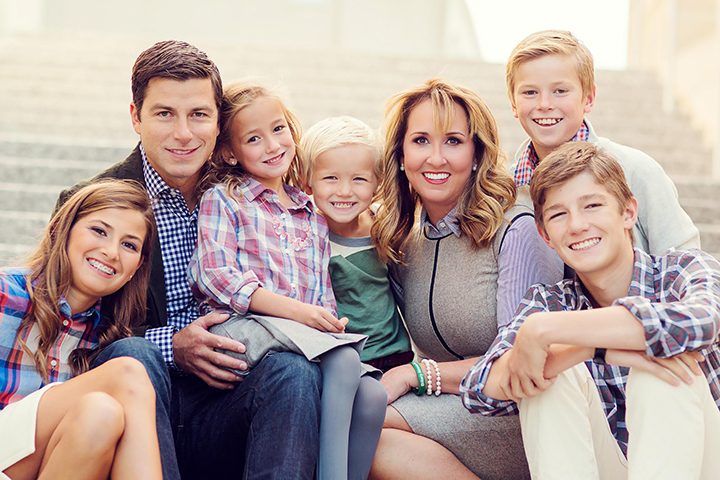 John and Bethany Geyman, with their five children, Mallory, 16, Taytum, 8, Beckett, 7, Aiden, 13 and Logan, 17. Geyman said all of her children are avid supporters of organ donation and encourage their friends to register to be an organ donor. (Submitted photo)

A local family wants to raise awareness about the importance of organ donation by sharing the story of their 8-year-old daughter, Taytum. According to donatelifeindiana.org, there are 118,554 hoosiers waiting for a lifesaving transplant.

Zionsville resident and local dentist Bethany Geyman is a mother of five and owner of Bethany Geyman, DDS. She and her family are avid supporters of organ donation after discovering that Geyman’s youngest daughter, Taytum, suffers from a rare disorder called biliary atresia.

Biliary atresia is a disease of the liver, bile ducts and biliary system. Symptoms develop in infants who are 2 to 8 weeks old. The disease blocks bile flow from the liver to the gallbladder, trapping bile inside the liver and causing cirrhosis and liver failure. The disorder effects roughly 1 in 15,000 to 20,000 infants.

“We were devastated, as after six weeks in the NICU, we thought we were finally going home, but come to find out our journey was just beginning,” Geyman said.

Symptoms of biliary atresia include jaundice, dark urine (due to a build-up of bilirubin), echoic (clay-colored) stools, weight loss and irritability.

Geyman said Taytum had always been jaundiced during her stay in the NICU, but the real concern was the color of Taytum’s urine.

Taytum successfully underwent surgery at 3 months old for a Kasai procedure to connect her intestines directly to her liver to allow bile to drain. Geyman said despite surgical success, the majority of children with biliary atresia require a liver transplant at some point in their lives.

Geyman said Taytum suffers from a compromised immune system, is at risk for cholangitis, has portal hypertension, liver cirrhosis and Hashimoto’s disease.

Despite the afflictions, Geyman said Taytum loves to dance, swim and play with friends.

“She has a rare zest for life in general,” Geyman said.

Geyman said the community can help children like Taytum by signing up to become an organ donor. For more, visit donatelifeindiana.org.