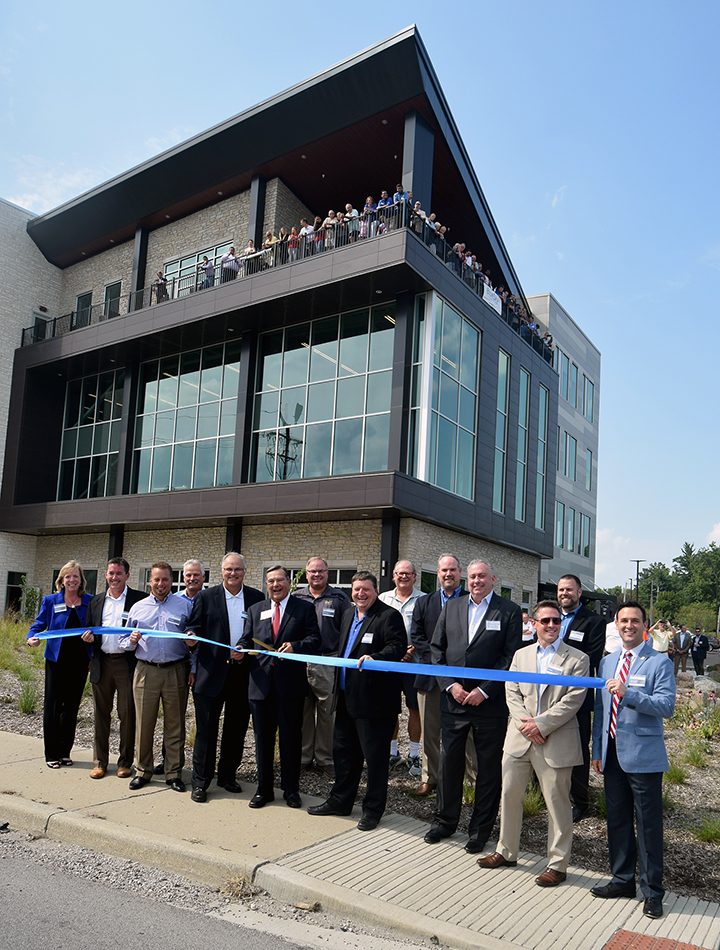 The company broke ground in June of last year after plans were finalized with the city to keep the business in Noblesville in May 2015.

BlueSky came to Noblesville more than a decade ago moving into headquarters at 15570 Stony Creek Way but outgrew the space. 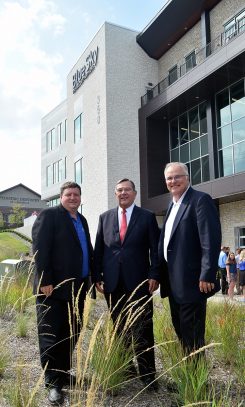 “This facility has been a few years in the making from vision to reality and we could not be more pleased with the results,” owner Todd Irwin stated in a press release. “Our goal was to build a building that evoked quality, inspired innovation and architecturally helped to shape the community. Now, with this building as our North American headquarters, BlueSky is positioned to retain and attract top talent while continuing to offer consulting excellence to current and future clients.”

Since July, BlueSky Technology Partners and BlueSky Digital have occupied the third and fourth floors. The new building also features state-of-the-art collaboration and meeting rooms, a break and game room and a fourth-floor terrace offering an eastward view of downtown and Federal Hill Commons.

At the ribbon cutting, it was also announced that Bru Burger Bar would open up a new restaurant in the building’s first floor. The second floor is open office space available for lease.

“We believed in Mayor Ditslear and the City of Noblesville from the beginning of the pursuit,” owner Eric Warne stated. “The end result is magnificent and will deliver as the catalyst for more investment and more development on the west side of the White River.”