You are at:Home»Current in Geist»Valuable volunteers: Museum of 20th Century Warfare to present Pacific Theater exhibit 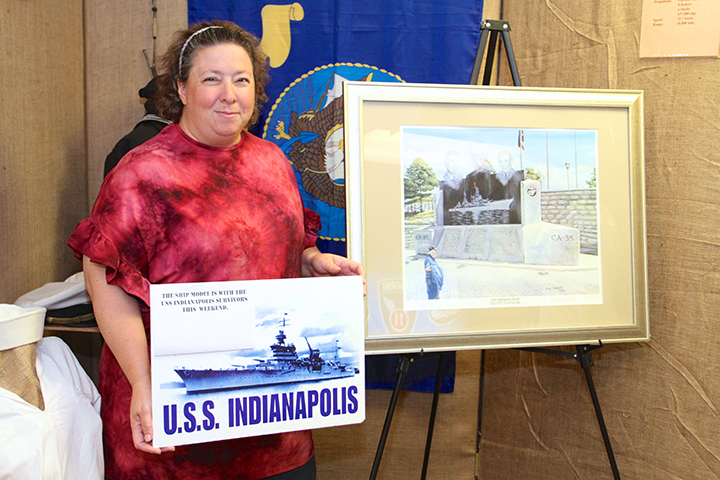 Wallace’s father, Leonard Wallace, was a lieutenant commander in the U.S. Navy during the Korean War.

“He was a physician, so it included some of his uniforms, his medical gear and about 200 books from his personal library,” Wallace said of her father, who died in 2009.

Wallace serves as executive director of The Museum of 20th Century Warfare inside Fort Harrison State Park. The Lawrence resident also serves as secretary and treasurer of the all-volunteer organization. 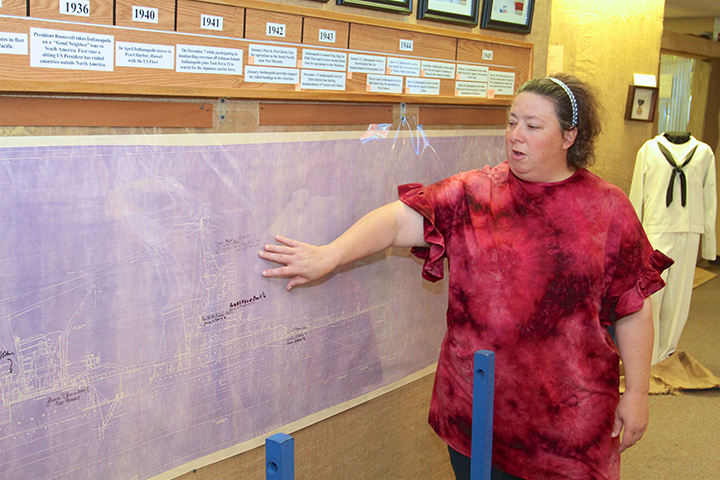 “We’re a combination of educators, re-enactors and military members,” said Wallace, who joined the Indiana Guard Reserve in 2013. “Last year, I put in 2,300 volunteer hours. Being director, I do a lot of the administrative stuff.”

The museum will present an exhibit on the World War II Pacific Theater from 10 a.m. to 4 p.m. Aug 19 and 20 at Fort Harrison State Park.

Wallace said the Pacific Theater has a special tie to Indianapolis because the USS Indianapolis was sunk July 30, 1945 after being torpedoed by the Imperial Japanese Navy. Nearly 900 crew members died.

“We always try to do the event sometime in August to honor them,” Wallace said.

In addition to artifacts, museum president Chris Schneider said there will be people who will be there to discuss the Pacific portion of the war.

There will be PowerPoint exhibits both days.

“Everybody thinks about Pearl Harbor, but Japan had already been in a considerable amount of conflict,” said Schneider, who is in his second two-year term as museum president.

The event is a two-day special exhibit, but the museum itself covers 100 years.

Schneider, 60, has been a re-enactor since 1980. An applications engineer for Universal Blower Pac in Noblesville, he retired from the U.S. Army in 1996 with a rank of staff sergeant. The Noblesville resident spent time in West Germany during the Cold War.

“My original field of study was the war in Europe because I was in the U.S. Army,” he said. “The Germans were the only ones who fought the Soviets in a sustained land campaign.”

At 57, Wallace, who works for Navient in Fishers, said she is most interested in the Vietnam War. The library is named in her father’s memory.

Eight friends, including Museum Director Marylen Wallace and Museum President Chris Schneider, who shared a passion for military history, started the museum in 2004.

“We all had individual collections,” Wallace said. “We all met through the Military Vehicle Preservation Association.” 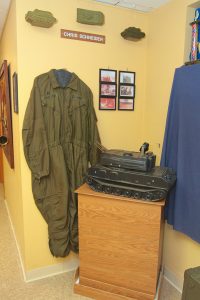 It was incorporated in August 2004 and became a nonprofit in March 2005. In January 2010, the museum entered into a contract with the Indiana Dept. of Natural Resources to use building 71 in the Camp Glenn area of Fort Harrison State Park and opened in May of that year. Prior to the permanent building, the museum had a mobile exhibit that traveled across the state.

With helping to run the museum, he said he rarely is able to participate in re-enactments.

“It pretty much uses up all my free time,” said Schneider, adding that he is at the museum nearly every weekend it is open. “It’s very much a labor of love. Even after I retired from the military, the interest was always there, and there was always a question, ‘Why did this happen?’ or ‘What happened here?’ Even to this day, the history of the second World War is not complete for various reasons.”

The museum, which opens the first weekend in March and closes on Veterans Day in November, is open 10 a.m. to 2 p.m. Thursdays and Fridays and 10 a.m. to 6 p.m. Saturdays and Sundays. In March, April, September, October and November, Saturday and Sunday hours are 10 a.m. to 4 p.m. 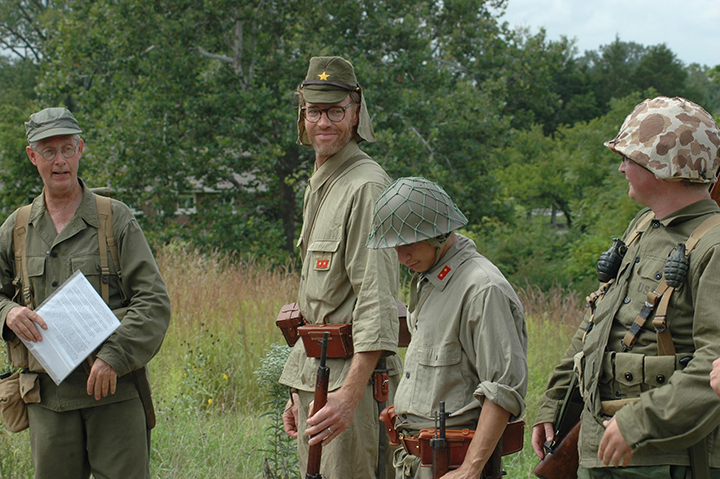