You are at:Home»Current in Fishers»Fishers resident, Carmel teacher travels to France to teach

Fishers resident Shannon Swan will return to Saint-Brieuc, France this summer to teach French. She will serve as a mentor to eight students and accompany them on excursions in Brittany, Normandy and Paris. 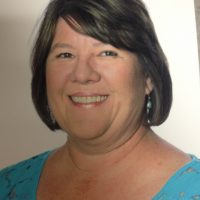 Swan spent a summer in the same town when she was 15.

“I went to France for the first time in the summer of 1980 as a participant in the IU Honors Program in Saint-Brieuc, Brittany,” Swan stated in an email to Current. “I lived with a host family, had classes every day in grammar, culture and phonetics, visited Normandy and Paris, and spoke nothing but French for seven weeks straight. It was an amazing experience.”

Through her involvement in the American Association of Teachers of French, Swan discovered the IUHP not only hires college professors but also high school teachers to teach abroad. Swan teaches French at University High School in Carmel.

“I thought about it for a few years, but since I have a son in college who comes home in the summer, the timing just wasn’t right. Last fall I finally decided it was time, so I applied and was selected as an instructor,” she stated.

She has traveled to France several times but hasn’t had the chance to return to Saint-Brieuc.

“I was really excited when I found out I would be teaching in the same city I studied in so many years ago. I go back to France regularly, but this is my first chance in 30 years to live there for an extended period,” she stated. “I will be working with three other teachers, and I’m really looking forward to working with them as well. Immersing yourself in a language is really hard but so incredibly rewarding.”

Swan said she hopes when she returns her intuition and sense of direction will help her find her host home.