You are at:Home»Current in Zionsville»New senior living community breaks ground in Whitestown 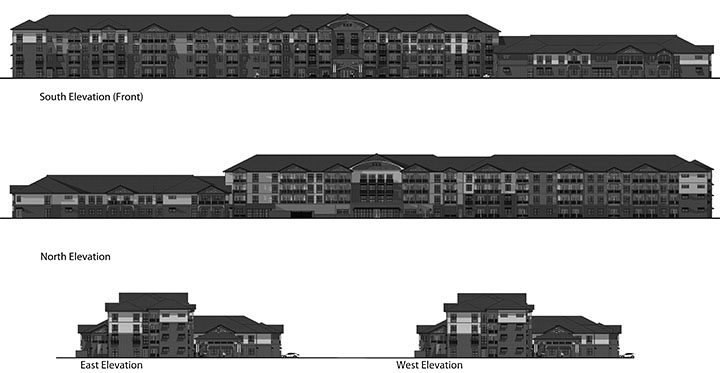 The first of two senior living communities being built in Whitestown broke ground in early July. The $35 million Anson Senior Living Community and Memory Care Center by Spectrum Retirement Communities is scheduled to open in 2018.

“Senior living isn’t only underserved in Boone County but throughout the entire United States as well. The demand for nursing homes, assisted-living facilities and retirement communities is expected to balloon in the next two decades as baby boomers retire,” Whitestown Town Manager Dax Norton said. “In 35 years, the number of people in the United State who are 65 or older will more than double, increasing from 40 million to 88 million. This is a need that we in Whitestown recognize and are doing everything we can to help prepare our seniors for the next phase in their life.”

Located on almost five acres on the north side of Central Boulevard at the intersection of Heartland Drive, approximately 140 of the 180 units will be in a four-story building for independent living. The other 40 units will be in an adjacent, two-story building reserved for assisted living and the Memory Care Center. A movie theater, salon, bistro and on-site concierge are some of the many features.

According to Whitestown’s recent special census, the percentage of seniors living in the town is a little low,  but  Norton said there is a “large percentage of residents who will be seniors in the very near future.”

“We are the fastest growing community the last six years in the state of Indiana, and we anticipate much more future growth,” he said. “That’s why we’re excited to welcome these two different senior community living options in Whitestown,  to not only fulfill a need we currently have, but the future needs of our ever-growing town.”

Whitestown strives to attract not only new businesses but new residents – no matter their age, Norton said.

“It’s vitally important as a town that you never focus on just one or two groups. Although we are primarily attracting younger residents to Whitestown at this time, seniors are a very important part of our community,” Norton said. “By welcoming two brand new senior living centers, we are sending a message that we appreciate their value to our community and want them to enjoy their golden years here in Whitestown.”

An eight-building, 96-unit Mainstreet project is set to break ground in the near future just north of the Spectrum project.