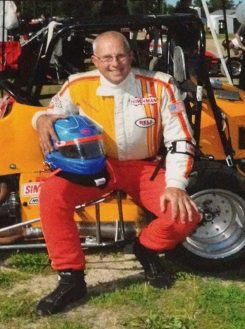 Paul H. Graybrook, 60, of Greenwood, passed away July 4, 2017, from injuries sustained from an auto racing accident.  He was born March 4, 1957, in New Albany, Ind​. and was the eldest of two sons to Ralph and Mary Ann Graybrook. He is survived by his wife of 34 years​,​ Suzin Graybrook, their daughter Jenifer Graybrook-Snider, son-in-law Brandon Snider and brother David Graybrook (Vicky). Graybrook served his country in the United States Air Force and was employed at AT&T for 28 years.

As Christians, the Graybrook family observed their faith and served within their Greenwood community for many years.  Let it be remembered that his kind demeanor was received by many and that his passion for auto racing could only be eclipsed by the love he held for his family.