You are at:Home»Current in Zionsville»IUPUI researchers develop model to predict home sale times

When listing a home for sale, sellers often don’t know how long it will take for the right buyer to come along. But a model developed by IUPUI researchers provides a data-based answer on the probability of how long a home will remain on the market. 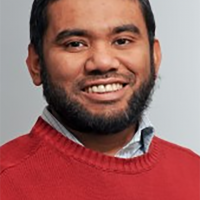 The probability study was conducted by Mansurual Bhuiyan, a former IUPUI graduate student now with IBM Research, and Mohammad Al Hasan, an associate professor of computer and information science at the school. The duo used information from trulia.com, zillow.com and redfin.com – sites utilized by homeowners and buyers – and focused their research on Indianapolis, Carmel, Fishers, Noblesville and Zionsville.

“As we were downloading the home data from Trulia, one specific information about a house in Trulia caught our eyes. We found that Trulia reports the number of days a house is listed in Trulia, using a phrase like ‘XX days in Trulia,’” Hasan said. “We immediately became interested to track that number for each of the houses whose information we are downloading. Basically, our crawler on the Trulia website will periodically update the number of days a house has been listed (until sold) in that website.”

The project faced a few obstacles along the way.

“The first was data collection and feature generation, which spanned over six months,” he said. “The second hurdle is to develop and evaluate the model. For development, one graduate student had spent about six additional months.”

Although Hasan said some of the results weren’t surprising from a “holistic perspective,” some of the observations were puzzling at first.

Another finding: How school quality affects the home selling probability.

“It’s well known good schools will increase the selling probability,” Hasan said. “However, we found this phenomenon holds strongly for middle school and high schools, but not so for elementary schools.”

The datasets developed showed the mean waiting time (based on Trulia data) was seven weeks.

As of now, the model is still a prototype, and more work is needed, Hasan said, for the general public to use it.