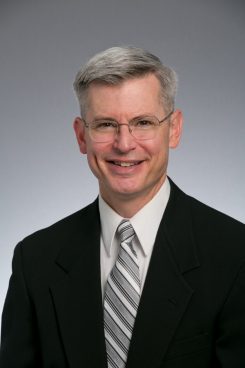 The Carmel Symphony Orchestra’s CarmelFest performance will feature a new face this year, and it’s not the newly appointed music director.

Janna Hymes replaced David Bowden, whose contract was not renewed, as the music director in May. Hymes will not begin conducting until the first CSO concert of the 2017-18 season in October, so a guest conductor will lead the July 4 performance.

CSO President and CEO Alan Davis reached out to Col. Michael Colburn, a fellow Arizona State University graduate, to join the orchestra for the performance. Colburn was the director of the United States Marine Band, or “The President’s Own,” from 2004 to 2014 after participating in various positions in the band since joining as a euphonium player in 1987. Colburn has been the director of bands at Butler University since September of 2014.

“(Davis) must have figured that with that experience there was a pretty good chance I knew my way around a program of patriotic music,” Colburn said. “I was delighted and honored to accept his invitation, especially since I’ve heard so many marvelous things about both the CSO and CarmelFest.”

Colburn said the performance is modeled after an Independence Day concert he would’ve led for “The President’s Own” with music by Aaron Copland, Leonard Bernstein, John Williams and John Philip Sousa.

“Every selection on the program has some type of connection to our American heritage and the ideals of freedom and liberty that we hold so dear,” he said.

CSO will be the last performance at the Geico Gazebo Stage before the fireworks begin at 9:45 p.m. July 4.

“If my experience with Marine Band audiences is any indication, it will be an evening of fun and stirring music that will remind everyone in the audience just why we are so fortunate to call ourselves American,” Colburn said.