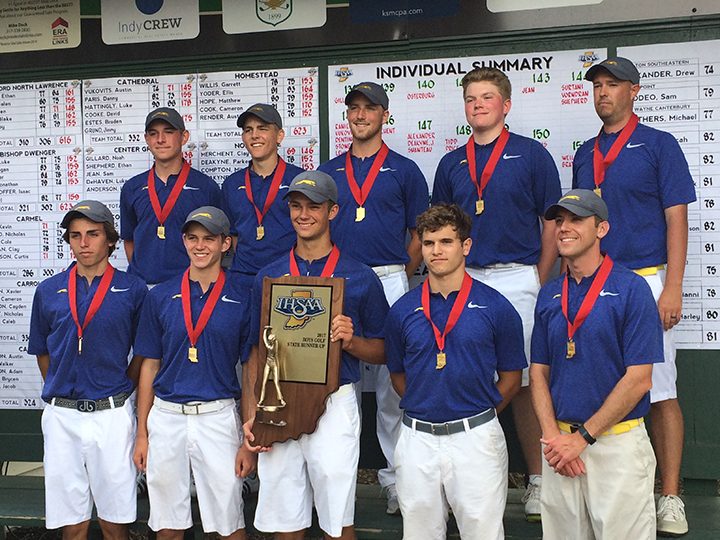 Stone, the lone senior in the starting lineup, helped the Greyhounds to a second-place finish in the boys golf state finals June 14 at Carmel’s Prairie View Golf Club. Carmel received $1,000 to the school’s general scholarship fund in Stone’s honor. 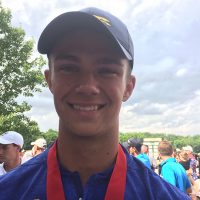 “Kevin is the glue that holds this team together,” Reid said. “He’s mentored the young team with two sophomores and a freshman. I don’t think we have the success that we have without Kevin’s leadership. He’s been really intentional about wanting to make sure he’s the leader for this team.”

Stone, who will golf for Ohio State University next season and plans to major in business, said he was surprised.

“It’s a great honor to receive that award and be recognized as the Mental Attitude leader in the state and represent all the high school golfers,” he said. “I had a great time leading this young team. We had mostly freshmen and sophomores on our team, so it was great to share a lot of experiences I built up throughout my years and build them as golfers and young men.”

Carmel went into the second round with a six-shot lead over Center Grove.

“We definitely beat the course (June 13) and Prairie View beat us (June 14),” Reid said. “Not only that, but Center Grove beat us. They played really, really well,” Reid said. “Shooting 281, that’s an incredible number. It’s tough to beat a pair of 66s (by Center Grove golfers). We’re proud of the way we competed this season and proud of the way we finished the season.”

“We didn’t bounce back from adversity as well as we normally do,” Reid said.

The Greyhounds were seeking their first state title in boys golf since winning two in a row in 1989 and 1990. It was Carmel’s best finish since placing second in 2007.