You are at:Home»Current in Carmel»Obituary: Frederick Joseph Cameron 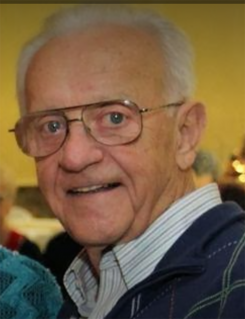 Fred served his country in the Air Force during the Korean War.  After his service, he studied at Miami University and Indiana University, graduating with a business degree. He became an entrepreneur and founded several successful businesses, including Muldoon’s restaurant in Carmel.

Fred was a proud member of Phi Kappa Tau Fraternity and Knights of Columbus.

He was preceded in death by his parents, James and Eleanor (McGrath) Cameron, siblings, Eleanor, Margaret, Mary, Isabelle, Francis, David and Joseph.

Memorial contributions may be made to Alzheimer’s Association 50 E. 91st Street Suite 100, Indianapolis, IN 46240.