After 10 years at Carmel-based CNO Financial Group, Ed Bonach will retire from his position as CEO and from  the board of directors at the end of this year. CNO’s board elected current President Gary Bhojwani to take over as CEO beginning Jan. 1, 2018. 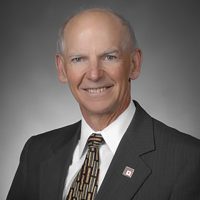 Bonach joined CNO Financial Group in 2007 as the chief financial officer before being promoted to CEO four years later.

“It’s been an incredible privilege and honor to serve this great company for over 10 years, with almost six years as its CEO, and work with the many talented leaders, associates and agents who successfully serve the needs of our customers every day,” Bonach said in a statement. “Together we’ve enhanced shareholder value, extended our customer reach, and delivered strong financial and operational performance. After much thought, with the company well-positioned for future success and with great confidence in Gary’s proven leadership and experience, I’ve decided it’s the right time for me to announce my retirement.”

Also in the press release, board chairman Neal Schneider said Bonach has been “unwavering in his commitment” to CNO’s mission to support the financial security of middle-income families and prepare them for retirement. 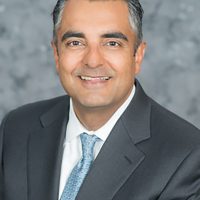 Bhojwani, 49, worked as president and CEO of Allianz Life Insurance Company of North America for five years before joining CNO Financial Group in 2016.