You are at:Home»Current in Carmel»Carmel Community»Smoky Row Elementary principal retires 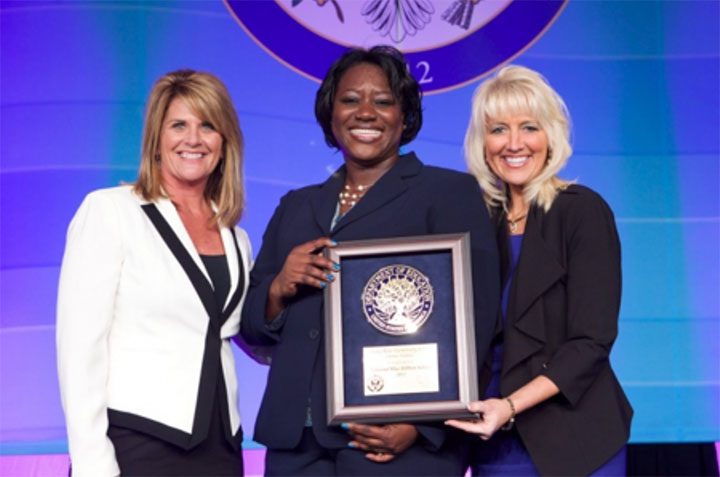 Kim Barrett doesn’t have a hobby. But now she has time to see if there is one she would like to pursue. 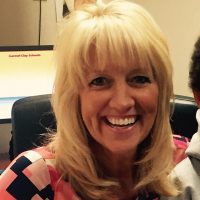 “I’ve heard other people have hobbies and other things they like to do,” Barrett said. “I’ve been working with little kids and families for 33 years. I work as a volunteer at Carmel Methodist Church, but I’ve never had a hobby or anything.”

Barrett, who has been with Carmel Clay Schools for 19 years, recently retired as Smoky Row Elementary principal.

Barrett, 55, does plan to do some traveling with her daughters, mother and husband.

“New Zealand and Australia are on the bucket list, for sure,” she said. 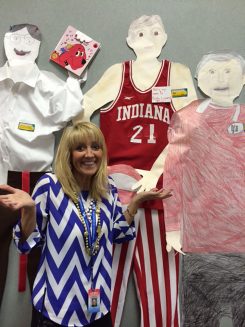 Students often gave Kim Barrett a difficult time for being a Kentucky fan. Here she is surrounded by famous Hoosiers. (Submitted photo)

“My girls have bets that I have another job in a year, but that’s not in my plans,” she said.

Barrett said her work ethic is due in part to her late father’s military background.

“He (Charles Davis) was in the Army as a young man and then for over 30 years in the U.S. Army Reserve,” she said. “With that kind of work ethic, I have given little thought to a hobby or leisure activity. I watched him throw himself into his life as a coach, teacher and elementary principal.”

Barrett said the greatest gift from her 19 years in Carmel schools is the long-term relationships she has developed with the families, the students and staff.

“The first students that I served at Forest Dale are now 29 years old,” she said. “It is such a thrill to see these young students grow and pursue their own passions in life. I cannot adequately describe the feelings of watching a child who faced challenges and special circumstances in elementary school and then overachieves to find their way in life and completely bust the bubble of limitations and doubts that the outside world placed upon them. It is the great equalizer of education; it’s the equivalent of a business world’s bonus check.”

CCS Supt. Nicholas Wahl said he hopes to have a new principal in place before the start of the 2017-18 school year.

“Kim has been an incredible leader who has made the learning experience for staff and students engaging, fun and memorable,” Wahl said in a statement. “Her outgoing personality and wonderful smile will certainly be missed here at CCS.”