You are at:Home»Current in Zionsville»Hickory Hall polo benefits charities all season 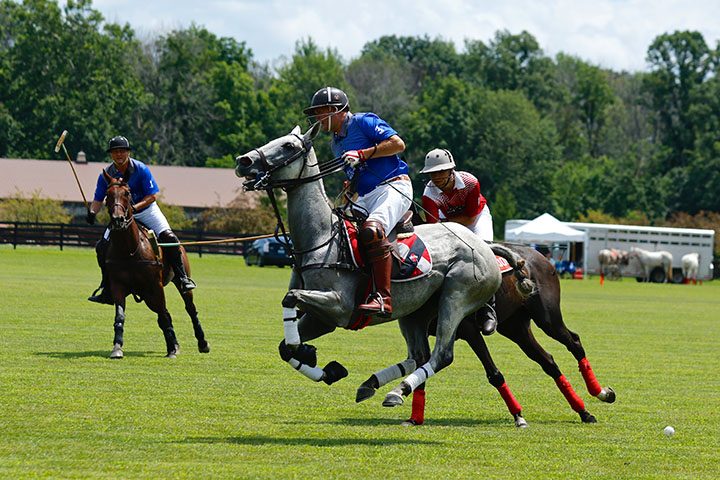 Guests can enjoy a polo match and benefit a charity at the same time. (Photo by Lesa Nelson)

Hickory Hall Polo Club in Whitestown will begin its 2017 season June 16. On Friday nights throughout the season it will host Polo at Sunset, and on Saturdays it will host Polo on the Prairie. Each match benefits a various charity.

“(The charities will) do things like wine pulls or silent auctions to raise money. All of the gate money goes to the charity,” said Nicki Baltz, charity coordinator.

The cost to attend an event is $20 per carload. Guests pay at arrival, cash only.

“The admission is $20 per car whether that is one person or 20 people,” Baltz said. “That’s for the match and an evening of fun.”

The charities often line up halftime entertainment and food and beverages.

“The polo match is made up of four chuckers, which are like innings. They play two chuckers and then they have halftime,” Baltz said. “The charity holding the event that evening has some entertainment to promote their charity.”

Guests are allowed to bring dogs, blankets, chairs, food and any beverage of choice. Barn tours are available upon request.

The first match of the season benefits Peyton Manning Children’s Hospital. Gates open at 5 p.m., and the match begins at 6:15 p.m.

Hickory Hall has been providing entertainment and social awareness through its events for charities for more than 20 years.

The 2017 season runs through Sept. 30. For more information, visit indypolo.com.