You are at:Home»Current in Zionsville»Zionsville Historical Society program explores if William Jennings Bryan stayed in town

What’s the chance that a former senator spent the night in a Zionsville home? 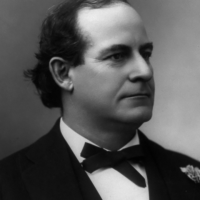 That’s the question that will be debated at a free program from the Zionsville Historical Society on June 4, whether or not William Jennings Bryan stayed at a local residence when he visited Zionsville.

Bryan, a Nebraska congressman, lost presidential bids in 1896, 1900 and 1904 but eventually served as secretary of state under President Woodrow Wilson.

Between his attempts at the presidency, Bryan was involved in the Chautauqua Movement, named for the Lake Chautauqua region of New York where the movement began as a training for Methodist leaders then evolved to educate adults in arts and humanities.

Bryan was a frequent speaker as the circuit traveled the country, but there is debate about the extent of the Chautauqua circuit locally and where Bryan might have stayed when he visited Zionsville. 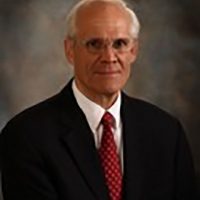 David Malcom learned of the possibility that his Queen Anne home in the Village housed the former politician when he read an old newspaper article quoting a former resident. He plans to share the extent of his research about his home, accounts of Bryan’s visits and the Chautauqua movement.

“This has been 40 years in the making,” said Malcom, a former teacher who has lived in Zionsville nearly four decades.

The discussion will take place from 1 to 3 p.m. June 4 at the SullivanMunce Cultural Center, 225 W. Hawthorne St.

Regardless of the outcome, Malcom believes the possibility is what makes the town unique.

“One of the things I really believe in, the only way a town can really have an identity is to have a history,” he said. “We’ve got some old houses that people love. It gives us an identity, a substance, that other towns really don’t have.”

“Knowing the history of your town shows you a little bit about yourself,” Malcom said.