You are at:Home»Current in Zionsville»Registrations up for second Zionsville Half Marathon 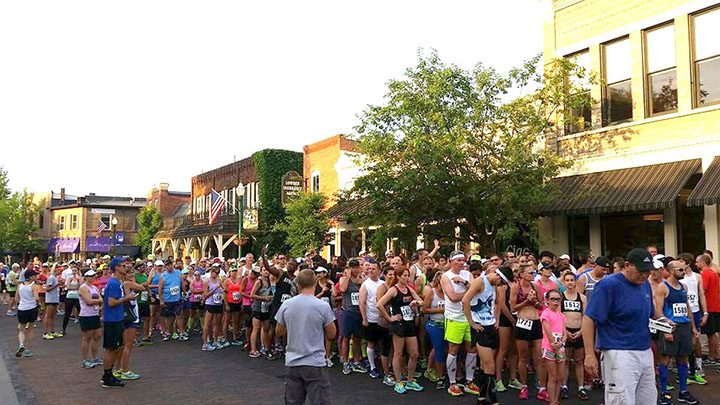 Runners line Main Street waiting for the start of the 2016 Zionsville Half Marathon. (Submitted photo)

With the Zionsville Half Marathon approaching its second year, race director and founder Mike Cole is seeing a rise in registrations.

Cole said there were 402 runners last year. The goal is approximately 450 for this year.

“If we can get to the point in a few years where we have 800 runners or so,  that is about as much the town can probably handle, anyway,” he said.

The second Zionsville Half Marathon and 5K is set for 7:30 a.m. June 11, starting at 30 Main St. The races start at the same time, and then the 5K course splits off.

“It seems like a lot of the runners that ran it last year are running it again this year,” said Cole, who competed in track and cross country at Ball State. “I’ve been able to promote it at other marathons going on.”

“We’re looking forward to see what he can do at the high school level,” Cole said.

His middle son, Skyler, was a sixth-grader on the ZMS track team. Aidan, a fourth-grader at Pleasant View Elementary School, will join his brothers at summer races at ZMS.