The Carmel Green Initiative will host a Sustainable Living Seminar, “Climatology Meets Foreign Policy,” from 6:30 to 8:30 p.m. May 10 at the Carmel Clay Public Library. The main speaker will be Gabriel Filippelli, an IUPUI professor who has served as senior science advisor with the U.S. State Department on science and foreign policy. 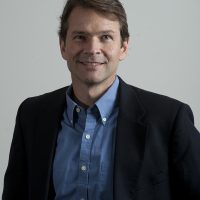 “My main focus is to describe how international and national environmental policy gets made and why it’s important to engage in these discussions,” Filippelli said. “I’ll be focusing on climate change. I’ll be discussing a couple of targeted-based issues by having a science-based dialogue.”

Filipelli has been studying climate change patters to see how they relate to the future.

“We’re extremely excited that Republican leadership is talking about this, and we’re really excited about their proposal, and at the same time we also are excited about our proposal,” Chandler said. “Citizens Climate Lobby supports a carbon fee and dividends plan, which is slightly different than the carbon dividend plan promoted by the climate leadership council. There are a lot of key similarities and differences.”

The topic of climate change also is pertinent at a city level, Filippelli said.

“The topic helps to support countries, state, and municipalities in making healthy decisions,” he said. “Policy at the international and national level really incentiveses people to do the right things.”

The event is free to attend. For more, visit carmelgreen.org.