You are at:Home»Current in Carmel»Carmel Community»Speech to cover discovering family’s Holocaust history at Carmel’s remembrance ceremony

For most of her life, Maya Shmoel didn’t know about her father’s history in the Holocaust.

In fact, it wasn’t until her late 20s that she found out. She was at a Holocaust remembrance ceremony — similar to the one she’ll be speaking at in Carmel April 28 — and the speaker announced that second-generation survivors needed to come up to the stage to light a candle at that point. 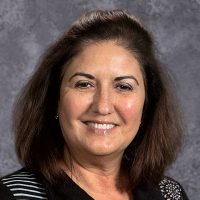 “You need to go up and light a candle,” her father said to her.

She was taken aback. She never knew her father, Marcus Hirsch, survived the Holocaust and even after that moment he was hesitant to talk about what happened. She said it was too painful for him.

“Although my father was a Holocaust survivor, he never really talked about it,” she said. “I never really got our family history until after he died 21 years ago.”

Right before he died, Hirsch asked if his daughter had any questions about his childhood, but she could not answer.

“It haunts me to this day but I couldn’t ask him, because to me it was an admission of his untimely death,” said Shmoel, an Indianapolis resident.

After her father’s death, Shmoel, who was born in Israel, traveled to her birthplace and interviewed her father’s cousin about her family history. She discovered that in October 1941 her grandparents and her father were rounded up along with other Jews in Romania and transported on an eight -day train ride to Ukaraine to live in a Jewish Ghetto. Life was difficult; people were hungry. Shortly after their arrival in the Ghetto, her grandfather died of a ruptured appendix and wasn’t even buried.

Toward the end of the war, as Nazis began rounding up people for the gas chambers, German soldiers went door-to-door. When they approached the Hirsch’s apartment they saw a sign stating the family had typhoid. They thought Hirsch was sick and avoided the house.

“Of course, the Germans weren’t willing to go in there, and that’s how the family was saved miraculously,” she said.

After World War II, Hirsch immigrated to Israel, where he met his wife and had three children. The family moved to Indianapolis after the 1967 Six Day War in Israel. Hirsch started an Indianapolis business called Marc Woodworking. His daughter, Shmoel, teaches Hebrew language at the Hasten Hebrew Academy.

The presentation in Carmel will be Shmoel’s first time to publicly speak about her family’s Holocaust experience.

Undiscovered: A Family’s Tale of Survival