You are at:Home»Current in Carmel»Carmel Cover Stories»On the Table: Business is good for Carmel’s Tanorria Askew after competing on MasterChef 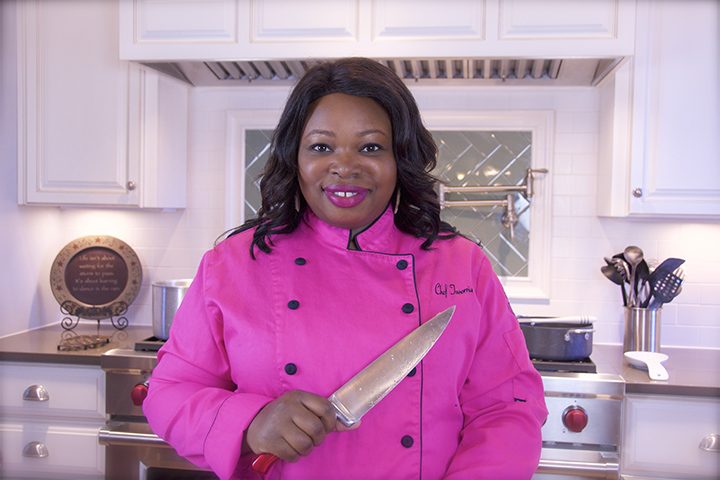 After competing on season seven of MasterChef, Tanorria Askew is back in Carmel and focusing on growing her business, Tanorria’s Table. (Photo by Lisa Price)

During the 2016 season of MasterChef, Carmel’s Tanorria Askew competed with 19 other home cooks to earn the approval of judges Gordon Ramsey and Christina Tosi. She placed fourth, and thanks to the publicity generated by the show she has been able to quit her job of 15 years as a credit union coordinator and focus on her business project, Tanorria’s Table.

“I left and pursued Tanorria’s Table full-time,” Askew said. “It was already established for a year before I left, but participating in MasterChef and getting that validation that you are a good cook and you do belong on this Earth to feed people led me to decide to pursue it full time.”

Askew’s love of cooking started as a child watching her parents and grandparents host dinners in their home. 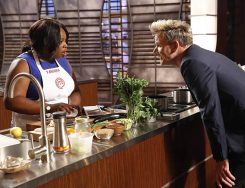 Tanorria Askew with judge Gordon Ramsey on the set of MasterChef. (Submitted photo)

“I noticed it was always my house that people wanted to come to because we were always entertaining and cooking,” she said. “Once I got out on my own and started cooking for my friends, I realized this was such a good opportunity to have community around you.”

Her business as a personal chef has thrived since the show aired. She specializes in cooking in-home for small events.

“(Clients) invite 10 to 12 people into their home, and I’m basically their personal chef for the night. We consult and plan a menu based on what they would like. Then I prepare anywhere from a three- to five-course meal,” Askew said. “It really is one of those experiences that can take anywhere from four to five hours, but you’re eating the entire time. You’re not having to do any of the other work except for eat and pour the wine. I always say that I get to come into your home and help you build memories.”

Not only has she been busy building her business and brand, she’s also found time to do charity work. She recently partnered with the Indianapolis Colts to raise $7,500 for Horizon House, which serves the homeless community in Indianapolis. She’s also raised more than $10,000 in the last six months for a number of other nonprofits.

“This celebrity has allowed me to help a lot of people,” Askew said. “I participated in a lot of things with my church, Mercy Road Church in Carmel. I’ve been able to help support them and to draw a crowd for different events we’ve had. I’m really just kind of riding the coattails of my celebrity so that I can continue to help people.”

Christina Huffines met Askew at Mercy Road, where they both attend and serve. She said it was “unreal at times” to watch her good friend on TV. She was proud to see her follow her dreams on MasterChef and see her build Tanorria’s Table.

“Tanorria has always loved food, but I think she appreciates food more (after competing),” Huffines said. “She buys fancier ingredients and isn’t afraid to try new things. I’m very proud of her for all she’s accomplished.”

Looking ahead, Askew, 35, wants to continue to build her business by creating more media marketing opportunities.

“We’ve started these every-other-week segments on WTHR where you’ll see me on there for three to five minutes on Saturday or Sunday mornings with Naomi Pescovitz. I was doing those before MasterChef, but they have become a lot more consistent over the last few months,” Askew said. “I’m looking into possibly building a YouTube channel and writing a cookbook. That’s been a huge demand since MasterChef. I’m really just trying the best possible avenue to do that so that I’m reaching the right audience and that I’m giving out recipes that everyone wants.”

One thing that is sure to continue is Askew’s love of feeding people.

“I always say if you want to know who I am, have a seat at my table,” she said. 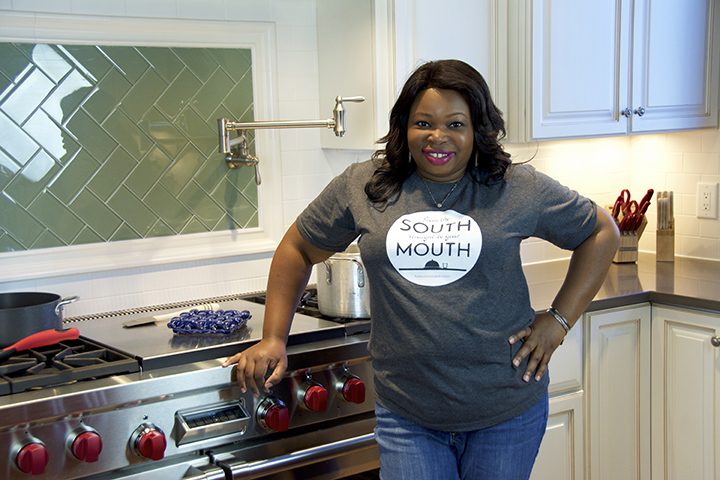 After competing on Season Seven of MasterChef, Tanorria Askew is back in Carmel and focusing on growing her business, Tanorria’s Table. (Photo by Lisa Price)

Early morning riser or night owl: I’m best in the middle of the day—after I’ve had a nap!