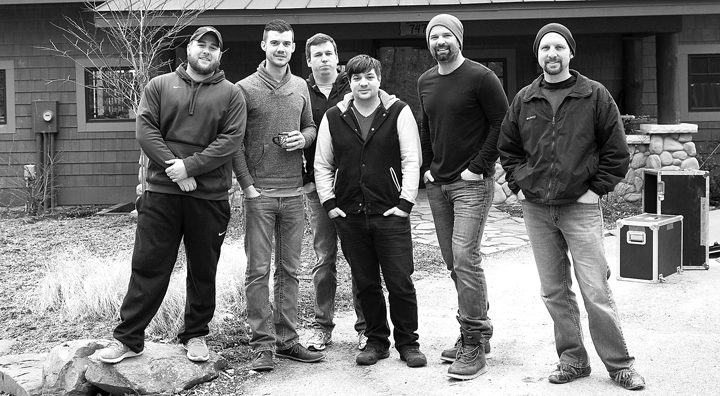 The Hunter Smith Band will perform at the fundraiser April 29. (File photo)

This year’s Eiteljorg Museum of American Indians and Western Art fundraiser will have a new name, new look and new location.

Cowpokes & Cocktail replaces the Eiteljorg’s previous charitable event, Buckaroo Bash, which has been held for 17 years at the Eiteljorg.

“We’ve revived, refreshed it and we’ve re-branded it,” said Nataly Lowder, vice president for advancement at the Eiteljorg Museum. “It’s going to be a little more upscale than what we used to do.”

The fundraiser will be held from 6 to 11 p.m. April 29 at the Lucas Estate Party Barn, 1143 W. 116th St., Carmel.  The Hunter Smith Band will perform. Smith, ex-Indianapolis Colts punter, also will serve as emcee.

There will be a live and silent auction. The dinner is a Western-style barbecue. Attire is cowboy optional.

“We’re going to have a cowboy welcome when you enter,” Lowder said. “There will be people on horseback escorting the people to valet parking. We’re going to have a cocktail contest where people vote on their favorite cocktail of the evening. The Libertine is overseeing the cocktail contest so we have some of the top bartenders in Indianapolis vying for a prize to keep the evening festive and fun.”

Lowder said the fundraiser will help sustain the Indianapolis museum’s educational efforts to bring arts-related programming to visitors. It supports Artists in Residence, a program where Native American artists visit students in classrooms.

Proceeds will allow the museum to provide art supplies for school groups, art studio days and schedule artists for special weekend events such as Juneteenth, WestFest and Day of the Dead.

Tickets are $200 per person or $1,800 per table of 10. Registration is required. For more, visit eiteljorg.org/cowpokesandcocktails.