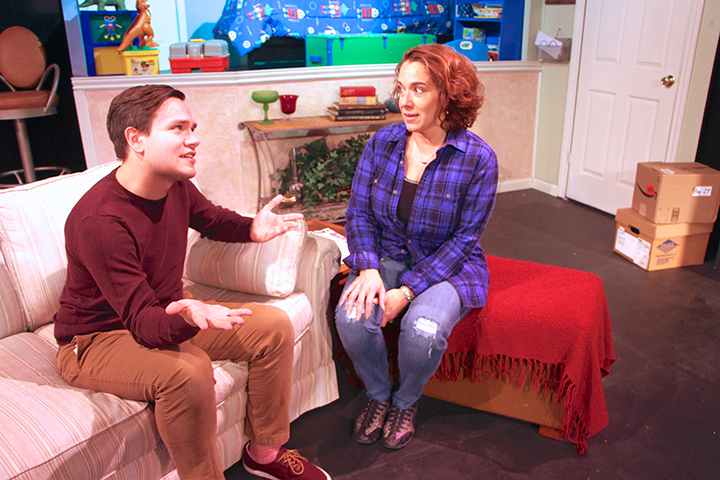 Pulitzer Prize and Tony Award-winning play “Rabbit Hole” by David Lindsay-Abaire is on stage now through March 4 at Mud Creek Barn in Geist and features Geist resident and director Michelle Moore at the helm.

Premiering in 2006 on Broadway, Moore said the community theater production, which saw a film adaptation in 2010, is exciting because of its “powerhouse cast.”

“The play starts off several months after a couple’s son has passed, so everyone in the family is on the road to recovery,” Moore said.  “It really is an ensemble cast.”

The five-member cast of all local folks includes Holly Hathaway of Greenfield and Robert Webster, Jr., of Indianapolis playing wife and husband Becca and Howie, a couple in their late 30s who are coping with the loss of their son, Danny.

“What happens is it sort of very subtly takes you on this journey with them just getting to where they can start getting ready to breathe again through where they can actually look forward and say, ‘What comes next?’” Moore said.

Kimberly Bieberstein of Fishers plays Izzy, Becca’s sister, who is grasping the idea of having a child of her own. Noblesville resident Jen Otterman plays Nat, mother to Becca and Izzy, and Kyle Dorsch of Fishers plays Jason, a 17-year-old, who is responsible for Danny’s death.

“I had an enormous turnout for auditions, which is unique for any community theater because nobody’s getting paid, ” Moore said. “This is such a bucket-list play for so many actors, so I had an embarrassment of riches not just from how to pick someone who could handle it, but which of these many people now make sense together as a family? Not only do they look great together, the women in the play sound a lot like family.”

Rehearsals began at the beginning of January. Moore said she was drawn to the play mostly because of the writing.

“This play is very unique in the way that it’s written. It’s such a heavy subject matter, but it’s meant to be a nice, entertaining, kind of funny story about the human spirit and how people manage to get over even the hardest thing,” Moore said. “That’s really what the story is about. It’s got to be fast moving, and it’s got to be funny.

“It’s such a well-crafted story, the fact that he can take such a heavy subject matter and turn it into something that is so entertaining. It’s really unusual. This is more humorous in the way that you can recognize yourself and your family members in these characters.”

Moore expects audience members will look at the characters and be able to see similarities to their own lives, particularly with the sister-sister and mother-daughter dynamics, but also the dynamic between the relationship put under stress between Becca and Howie.

“It doesn’t try to tell us everything is OK. It just basically says, ‘You know what? They’ve got some grounding now, and they’ve got a way to go forward,” Moore said. “It’s really beautiful.” 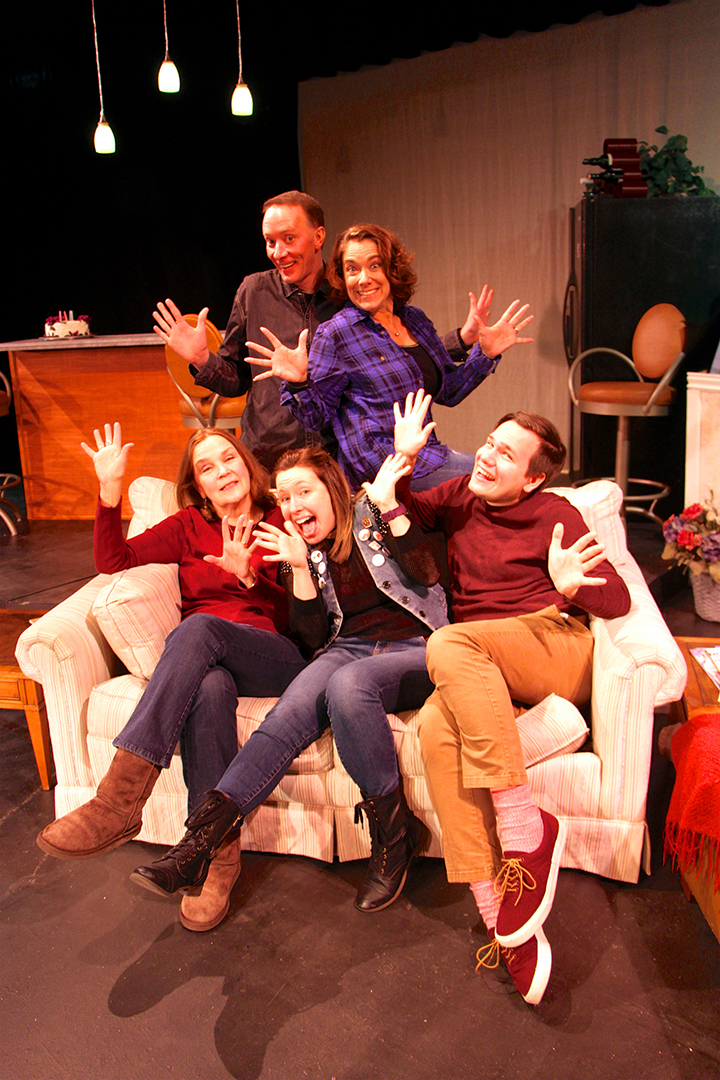 Cost: $15 per person. Sunday matinees are $13. Tickets can be purchased at mudcreekplayers.com/tickets. 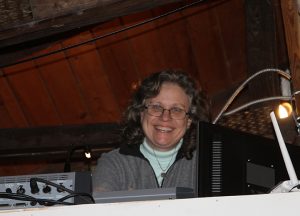 “I do all of my non-professional acting and theater work almost exclusively at Mud Creek. I found my way to Mud Creek in my early 20s and fell in love and have been there ever since.”

Moore is a past-president of the Mud Creek Players and has served on the board several times.

“I’ve done a little bit of probably every single thing there is to do there, from swishing out the toilets to being a pivotal part of major improvements to the facility,” she said.

Now, she said most of her time at the barn is spent producing, occasional acting and as an assistant director to aid upcoming directors.

“Teaching is such a big cornerstone of what we do (at Mud Creek),” Moore said. “It’s actually a big part of our nonprofit status and how we maintain it. We do so much with theater education, but the thing I’m probably most proud of is we have a teen theater program that’s entirely free for any kids that want to be a part of it.”

Aside from Mud Creek, Moore works as a talent and casting director for Artistic Enterprises – her family’s business since 1987 – where she hires actors and models for commercials, corporate films and more.

On a personal note, she met her husband, Collin, at Mud Creek, where he proposed. Together they have two kids, Christopher, 20, and Alaina, 15, both actors.

Moore’s next directing project at Mud Creek will be in spring 2019 when the theater will celebrate it’s 30th anniversary of when it produced “Jesus Christ Superstar.”