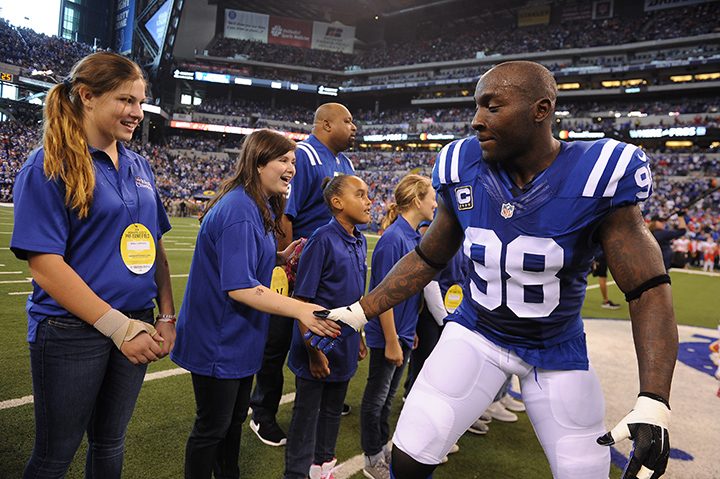 Junior Bella Simons has been a big supporter of the Dance Marathon for as long as she’s been at Carmel High School, but this year it will be different.

The Feb. 25 event is a fundraiser for Riley Hospital, the same place that Simons credits with saving her life after doctors discovered two tumors growing in her brain in 2015.

Not only will Simons attend the Dance Marathon with a new sense of gratitude, but she will share her story with attendees, as she has many times in central Indiana since being named a 2017 Riley Champion. Simons and the seven other champions speak at events across the state, sharing how Riley helped them and explaining how people can support its mission.

“Having a brain tumor is something so traumatic. It’s hard to imagine anything good could come out of it,” Simons said. “But to know that I’ve inspired people and that I’ve helped Riley Hospital, it’s just an amazing feeling.”

Kate Burnett, senior communications officer of the Riley Children’s Foundation, said the foundation selected Simons as a Riley Champion because of her volunteer work and eagerness to help others in need.

“No one can truly tell a story like a Riley family can tell a story, because they’re the ones that have been through the experiences,” Burnett said. “Bella will attend events throughout the state, serving as one of our ambassadors.” 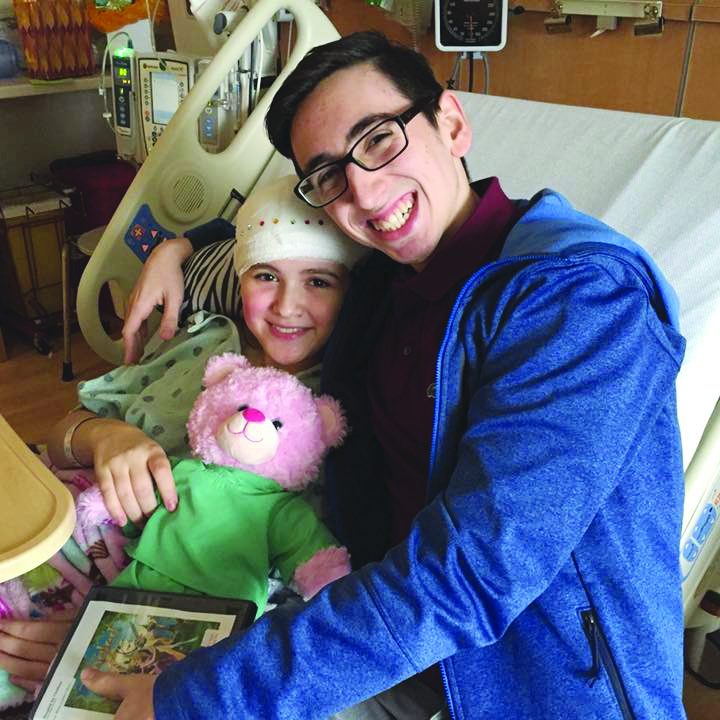 Bella Simons found comfort from her brother, Matt, during her time in the hospital.

The few memories Simons has of her sophomore year are a mix of conflicting emotions. Experiencing her earliest symptoms on the first day of school, Simons learned in October 2015 she had a golf ball-sized tumor near the part of her brain that controls short-term memory. During surgery the next day, doctors discovered a second tumor.

Doctors drained one tumor and sent Simons to Chicago for six weeks of daily proton beam radiation. In February 2016, she learned that one tumor was gone while the other was significantly bigger. Her family reluctantly began scheduling another brain surgery, but the tumor finally began to shrink just before she would have had a second operation.

Although the family was thrilled that the tumor collapsed on its own, they were concerned about its effect on Simons’ short-term memory. She had trouble remembering anything that had recently occurred and would ask the same questions repeatedly.

Simons began nearly two months of hyperbaric oxygen treatments in August 2016 to help with her memory loss, and to everyone’s relief, it worked.

She still has a difficult time remembering much of her sophomore year, but she clearly recalls how her Christian faith and network of friends and family helped pull her through her darkest days.

“Initially it was just so scary, and I didn’t know how I could ever possibly make it through something so terrifying,” Simons said. “My teachers, my friends and my church were so incredibly amazing to me. I just feel so lucky to have such a supportive community.” 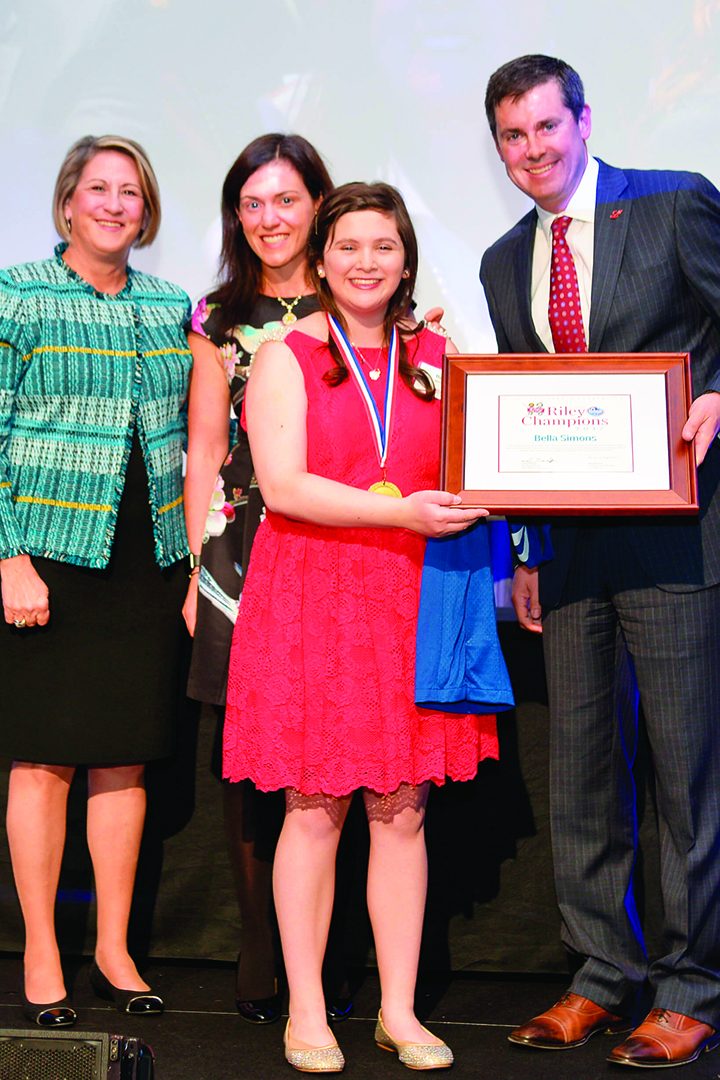 Now that the tumors are no longer causing problems, Simons is back in school full-time, and she couldn’t be happier.

“You don’t really realize how valuable being normal is,” she said. “It took a while before the struggle of homework and tests set in, but I’m really glad to be back. It’s just amazing to remember what normal feels like and to be a part of my school again.”

And part of that “normal” experience is going to the Dance Marathon, which she missed last year while recovering from radiation. Simons has set up a personal fundraising page at goo.gl/4mCnh8, and she hopes to raise at least $1,000.

Simons’ spotlight role in this year’s Dance Marathon may not be one she ever planned to take, but she’s eager to educate her classmates about Riley and her new outlook on life.

“I don’t want to spend any more time fighting with my brother or worrying about my hair,” she said. “I just want to spend my time living life and appreciating the people around me, not taking anything for granted, because one day it could all be gone.” 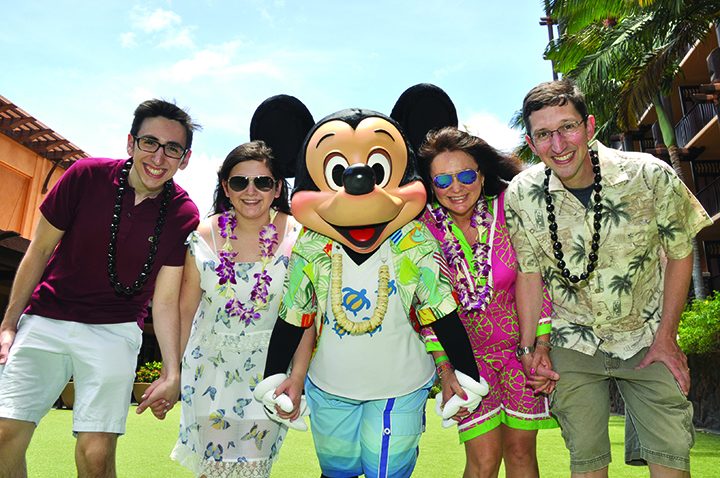 Bella Simons has many dark memories from her battle with two brain tumors, but one week in June 2016 stands out as a bright spot that she will always treasure.

The Make-A-Wish Foundation arranged for Simons and her family to spend a week in Hawaii, and it was a much-needed chance to relax and reconnect after spending many weeks apart during treatment.

The trip is still having positive effectss, even eight months later.

“When I’m at doctor’s appointments or I have an MRI and I’m kind of scared, I just think back to Hawaii and how the sun felt on my skin and the smell of the air with just a hint of sea salt, and I’m just immediately happy,” she said. “It’s just the best feeling.”

Because of their positive experience, the Simons family is working to grant a wish for another student at CHS. The student wants to travel to England, and the Simons’ are doing everything they can to make it happen.

“God has been so gracious with us, and I feel really blessed in spite of it being a hard time,” said Tasha Simons, Bella’s mother. “Being able to pay it forward is something our family is really excited about.”

Learn more about the family’s fundraising efforts or make a donation at crowdrise.com/wish-indiana-cohort-2017/fundraiser/tashasimons.