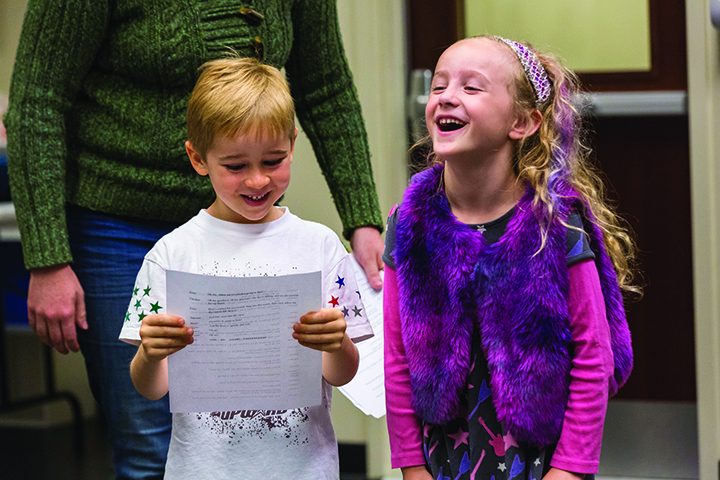 Jr. Civic at Civic Theatre is gearing up for another great summer. Musical Theatre Camp is a favorite, and with two brand new camps, Civic has something for any kid ages 3-14. We are excited to offer two new mini camps for our preschool aged and kindergarten friends.

Broadway Baby Camp gives our 3- and 4-year-olds a chance to shine and explore the world of musical theatre and story telling. Music and movement is also a part of this camp, allowing for them to move and groove while using their imagination. This camp runs Monday-Thursday June 19-22, and July 24-27.

Superhero Stories is also a new mini camp for us. In this camp, each child will create their very own super hero and bring that character to life. Will capes be involved? Hmm…most likely! We have no doubt that the 5- and 6-year-olds in this camp will create amazing adventures. Superhero Stories Camp runs Monday-Thursday June 19-22, and July 24-27.

A note from Civic Theatre’s director of music and education, Brent E. Marty:

“Jr. Civic’s Summer Camps have a long-established reputation of offering top-notch training in a fun atmosphere.  Our Musical Theatre Camps are unique in that they offer 60 students per week a full day of fun focused on singing, acting and dance with experienced professionals and then the week ends with a presentation on-stage in the Tarkington.  Each year we choose a theme and assign the kids to one of three groups.  For instance, last year’s theme was “triple-threats” – Broadway performers who have excelled in all three areas – singing, dancing and acting,” Director of Music & Education Brent E. Marty said.  “The groups were named after stars Sutton Foster, Tommy Tune and Chita Rivera.  The campers spent the week learning songs from shows that featured their group’s performer and researching them and the history of those shows.  So, not only do we hit technique training, we also focus on other educational aspects that the performing arts provide. Two sessions of the class run Monday through Friday, July 10-14 and July 17-21, for ages 7-14. Musical Theatre Camp is presented with support from IU Health North.”