“A day without laughter is a day wasted.” 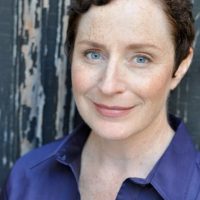 Charlie Chaplin gets most of the credit for saying that line but the actual source was witty French writer Nicholas Chamfort, who said it more than two centuries ago.

Regardless of its attribution, Laura Gordon is a strong believer in the old French maxim. That’s why she is so enthusiastic about directing the French farce “Boeing Boeing,” March 2 through April 7 at the Indiana Repertory Theatre

“I believe in the power of theater,” Gordon said. “Not only does it challenge us, and ask us to examine the way we view the world; it also entertains. And sometimes, as is the case with “Boeing Boeing,” its goal is simply to make us laugh.

“For this production, we’ve brought together an outstanding group of actors, all of whose work I know well. They are highly skilled, passionate, intelligent, accomplished classical actors, who also happen to be incredibly funny.”

Playwright Marc Camoletti wrote “Boeing Boeing” 1962. By 1991 the play was listed in the “Guinness Book of Records” as the most performed French play in the world. It was revived in London in 2007, and a Broadway revival followed in 2008.

“Boeing Boeing” contains all the elements of a traditional French farce: physical comedy, mistaken identities, dialogue, and rapid-fire dialogue, and an outrageous, improbable plot. An American architect living in Paris in the early 1960s is engaged to three flight attendants on three different airlines. The successful juggling of his ladies is reliant on the predictability of international flight timetables. But with the introduction of the Super Boeing jetliner, which was able to travel at a much faster speed, those old timetables no longer worked.

“Add to the mix a less-than-worldly old friend from Wisconsin, a sassy French housekeeper, and seven doors, stir with mathematical precision … and you get farce,” Gordon said.