You are at:Home»Current in Zionsville»New year, new role for Worrell at Boone County Economic Development Corp.

There’s a new deputy in town. 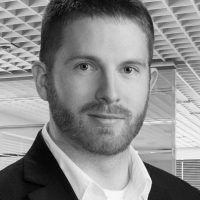 Ben Worrell, who has been with the Boone County Economic Development Corp. for two years, has been promoted to deputy director. He was previously business development manager.

The role will allow him to continue to spend time helping small businesses, something he is passionate about. He wants to help them know what resources are available, whether it’s through investors or the EDC’s microloan program.

“This is basically my dream job,” he said. “(Executive Director Molly Whitehead) wanted to have someone who could advocate for the small businesses inside the county.”

Worrell will continue to focus on small business and also will work with larger businesses looking to relocate or expand within Boone County as well as keep track of any leads.

Worrell and Whitehead work closely together to create a strategic plan to anticipate business needs.

“We’ve really tried to be tactical in our approach to say, ‘What are the chief issues that are cropping up here and how can we tackle them?’” he said.

Eventually, the EDC plans to add two more positions to its staff in the areas of workforce development and marketing/communications. The latter was part of Worrell’s responsibilities when he first joined the EDC two years ago, but it soon became apparent that the job required more focus than he was able to give.

Soon after he started at the EDC, Worrell was instrumental in bringing microbreweries to Boone County with his “Beer Desert” campaign. The Zionsville resident is grateful that he has the opportunity to contribute to the community.

“I appreciate Molly and the executive committee for having faith in me,” Worrell said.