You are at:Home»Current in Zionsville»Mr. Zionsville dedicates performance to mom’s memory 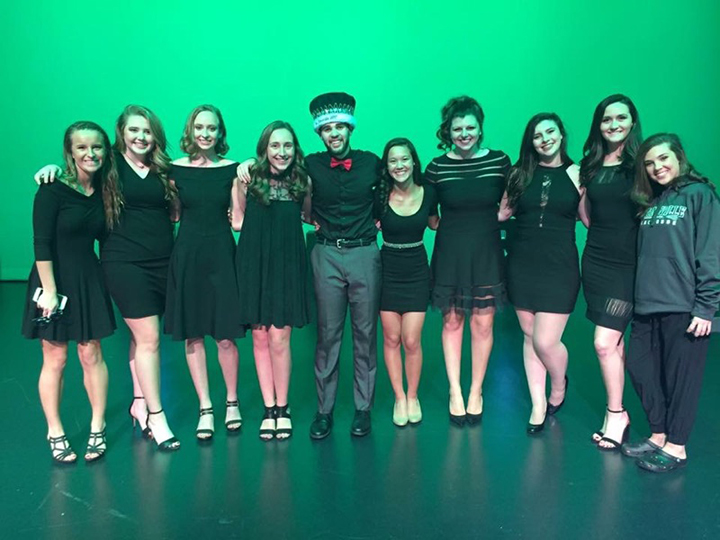 When Grant Pullen competed in the annual Mr. Zionsville pageant, he dedicated his performance to his mother, Beverly Pullen, who lost a battle with cancer last May.

“She knew that I always wanted to do this and had a passion for making people laugh and performing,” said Pullen, who was crowned Mr. Zionsville 2017 on Jan. 26.

“It was really awesome to do it for her,” he said.

The annual fundraising event showcases 12 Zionsville Community High School seniors competing in talent and performing in a variety of skits.

“I didn’t necessarily think I was going to win, but definitely knew I was going to help put on a good show,” he said. For his talent he performed an original comedic skit with dancing pulled from iconic scenes.

“I thought I had a decent shot,” Pullen said.

Pullen always wanted to participate in the event, which is almost exclusively produced by members of the senior class. His older sisters are both past directors.

He said that through the rehearsals and stress he bonded with his fellow contestants.

“We all went through the same thing, I think that helps bring us together,” he said. “I love hanging with them.”

The evening was filled with surprise performances with an opening video that Pullen helped to orchestrate in the theme of “The Office.”  Principal Tim East surprised the audience by dancing during the show.

The event raises funds for the prom, which will be held at the Scottish Rite Cathedral. Roughly $12,000 was raised through ticket sales and $600 through the new People’s Choice award, which was won by Christopher Guerrero. Ryan Stein won Mr. Spirit, as selected by the other contestants, and Steven Maler was awarded Mr. Talent.