You are at:Home»Current in Westfield»Tragesser raises money for American Lung Association’s Fight for Air Stair Climb

For the fourth year, Joel Tragesser of Westfield and his law firm’s team, the Quarles Climbers, will participate in the American Lung Association’s Fight for Air Stair Climb March 4. Tragesser climbs in memory of his wife Kirsten’s daughter, Maddie, who died shortly before her third birthday due to heart and lung issues. 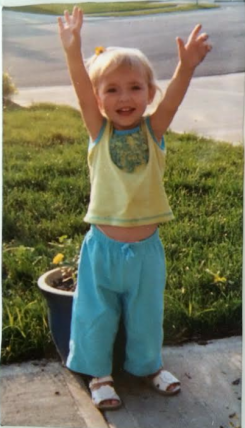 Tragesser’s fundraising goal for ALA this year is $30,000, nearly double what the team raised last year. The Quarles Climbers have approximately 40 members. Tragesser wants to have about 100.

“This is my fourth year climbing in memory of her,” Tragesser said. “We raise more money each year. It’s nice for (Kirsten) to do something good in memory of her daughter and raising money for research.”

Tragesser also opened up the link for other ALA Stair Climb teams to join and raise money. All profits from those ticket sales will go to the ALA.

To view the full story on why Tragesser and his team climb, to purchase hockey game tickets with proceeds going to ALA, to join the Quarles Climbers or to donate, visit action.lung.org/goto/quarlesclimbers. If prompted for a group code while purchasing hockey tickets, the code is ALA. For questions, contact Tragesser at 317-399-2811 or email him at joel.tragesser@quarles.com.