You are at:Home»Current in Westfield»Nspire Church a pairing of Imagine and CitySpring churches

After working together on various events in the city, such as Westfield Rocks the Fourth, Imagine Church and CitySpring Church have paired up to better serve the community. 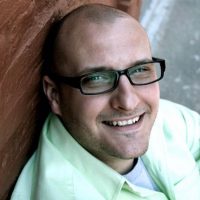 “We started doing stuff together in the city, and we realized we were fighting the same battles and trying to accomplish the same mission,” said Matt Gaylor, pastor of CitySpring Church. “A year ago, we did a Christmas service together that brought all people from both churches for a joint service.”

With the success of the 2015 Christmas service, Gaylor and Imagine Church Pastor Brad Ruggles decided to complete a series together for their churches as well. After seeing the attendance of the six-week unity series, the pastors decided to join forces and create Nspire Church.

The churches combined forces, and NSpire’s public launch sermon will be 10:30 a.m. Jan. 22 at Oak Trace Elementary School. Gaylor and Ruggles are working to create a building for Nspire Church.

“We just started the process for a building on the other side of Grand Junction Brewing Company,” said Gaylor, referring to the brewery’s tasting room that was approved on 181st Street. “We hope to build one new church together and surround it with the key ideas of focusing on breathing life into the community.”