You are at:Home»Current in Zionsville»Better Bodies: Zionsville gym, trainer help clients get back on their feet 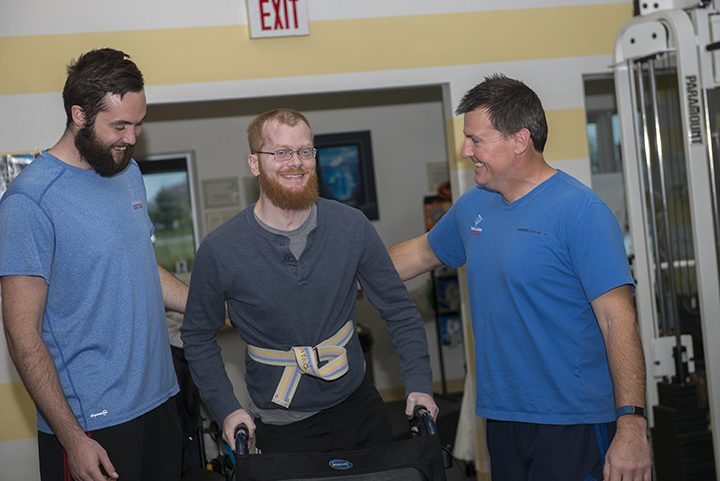 Ryan Quick suffered a traumatic brain injury in a car accident on a rainy night in 2012. The original prognosis was grim.

“We’ve gotten from the point where the doctors said he probably is not going to live to being able to stand up pretty much on his own,” said Bill Quick, his father. “He’s able to walk on his own. We’ve made a lot of progress in four years.”

The Quicks credit much of the recent progress to Better Bodies, a Zionsville fitness center that works with people of all skill levels and a variety of needs and goals, ranging from those wanting to get in shape to others recovering from devastating injuries or illnesses.

“The biggest thing that has helped is the enthusiasm of Mitch (Schroder) and his staff,” Bill said. “We found that to be infectious. I can’t get Ryan to do some of the things they get him to do. With other therapists, it seems to be more a job than a passion. It’s a passion here.”

“I really enjoy working with people to obtain their highest level of function,” Schroder said. “We work with a lot of neurological situations, from spinal cord injuries to Parkinson’s disease, to all kinds of situations. It’s really fun when you can see someone go from a dependent to independent state. That’s one of the greatest feelings there is.”

After getting his master’s in physical therapy from the University of Iowa, Schroder starting working as a trainer at the Rehabilitation Hospital of Indiana in Indianapolis. He worked with race car drivers, athletes and other physicians.

“They would request I see them after they left the hospital,” said Schroder, a Noblesville resident. “That combined with this epiphany of why am I letting this happen to people when I can make a difference if we try to do things proactively.”

So Schroder started out on his own, visiting clients. Eventually, he opened his first center.

Besides being a physical therapist, Schroder is a certified strength and conditioning coach.

“This means you are certified to work with all the professional and college teams and all the Olympic athletes,” said Schroder, who has several high-performance athletes come through his fitness centers. “We’ve had people who have played in the NFL and NBA. All those (college) flags represent people who have earned scholarships through (training) here.”

“They love helping people, and they’re all in,” Schroder said. “They’re here because they love doing what they do. We try to make it the best experience for employees and clients.”

Schroder said an individual assessment is done with each client to find a baseline.

“We look at all the needs, whether it’s getting from Point A to Point B, getting out of a chair, all kinds of things they have to do, anyway,” Schroder said. “We want to make sure we do justice to them. It is personal training. We look at their goals and needs and try to do the best we can for them.”

Schroder said some clients have lost more than 100 pounds.

“We’ve done some remarkable things with people over a long period of time,” he said. “In our business, to be around more than 20 years, is pretty rare.” 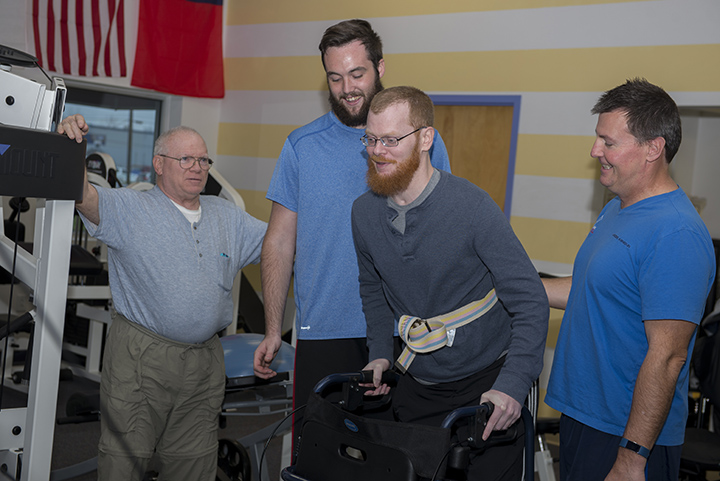 ‘One of the best motivators’

Kay Sutherlin of Zionsville was diagnosed with Parkinson’s disease approximately 18 months ago and started coming to Better Bodies early in 2016. She also has had two surgeries on her back.

“I’m very pleased with what Mitch and Better Bodies has been doing,” said Steve Sutherlin, her husband. “They’ve been keeping her active in terms of letting the legs work. I think it’s really paid off. I think Mitch is really one of the best motivators I’ve seen in terms of getting them to do something. My wife has improved in the ability to go out and do some exercising. It improved her to the point she is able to do a lot of things by herself.”

“We’ve had doctors ask what we’re doing with their Parkinson’s patients because mentally they’re sharper than ever. Physically, they’re doing stuff they haven’t done in years,” Schroder said. “So ideally you’re stopping the decline, but we’re actually having them improve dramatically.”