You are at:Home»Current in Carmel»Obituary: Sergio Guzman Merida 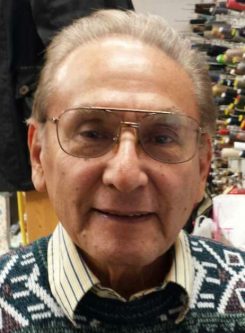 Sergio Guzman Merida, 79, died Jan. 2 at Community North Hospital in Indianapolis. He was born Sept. 9, 1937, in Robore, Bolivia, to parents Arturo Guzman Fuentes and Modesta Merida Surubi, and later moved to Brazil. He married and then moved to the U.S. in 1978 and continued his work as a master tailor in Indianapolis.

Sergio was the consummate entrepreneur, enjoyed dancing and singing to Julio Iglesias, loved playing/teaching soccer to all ages and spoke three languages. Throughout his 40-year career, not only did he own two tailor shops in Indianapolis, he also co-owned three restaurants in Carmel. He was always full of surprises and saw the silver lining in many situations.