You are at:Home»Current in Westfield»Erotas joins Westfield Parks and Recreation Dept. as community outreach manager

A new face has popped up in the Westfield Parks and Recreation Dept. Peter Erotas recently joined city staff as a community outreach manager for the parks department. 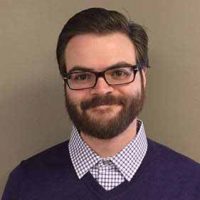 Erotas comes from the Indianapolis Public Schools Education Foundation, where he did fundraising and development work. His role in the Westfield Parks and Recreation Dept. includes seeking sponsorships and finding and managing volunteers for various events throughout the year.

Previously, Brittany Goger served in Erotas’ role but moved to Ohio after getting married.

“We actually reorganized and redefined what that role was. Upon knowing Brittany was leaving, we were able to redefine what the community outreach manager role was and make sure we had a little better fit for where we are headed in the future for the department,” said Melody Jones, director of parks and recreation. “Sponsorship management is the biggest part of that. Community outreach management was already doing volunteer stuff and really making the dedication for that.”

Previously, all events that were considered a series fell under the responsibility of the community outreach manager, but now that role falls to the parks department’s two events managers, Emily Clark and Kelley Wells.

Erotas also is in charge of overseeing the Trail Ambassadors program and the Adopt A Prairie volunteers. Erotas graduated from the University of Indianapolis and studied applied sociology with a concentration in community leadership. He moved to Westfield three years ago.

“Hamilton County is a great place to raise a family,” he said. “Our city has so much going on right now and is about to explode with even more growth.”