You are at:Home»Current in Carmel»Carmel Community»Actors Theatre of Indiana co-founder remembers Reynolds as ‘down-to-earth’ 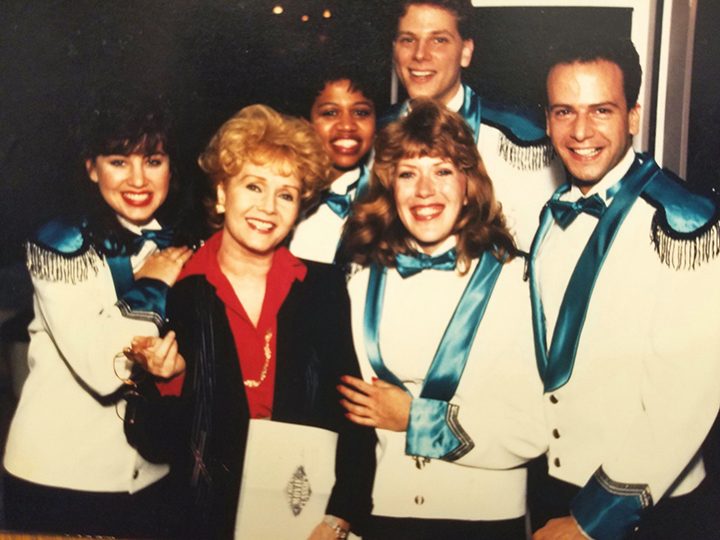 Debbie Reynolds’ Hollywood image was built as the girl next door.

Although Reynolds was a huge star, Actors Theatre of Indiana co-founder and Carmel resident Judy Fitzgerald said that down-to-earth image was accurate.

“She was a very warm person,” said Fitzgerald, who spent a year on a musical tour around the U.S. with Reynolds. “She was a superstar, but I never felt intimidated. I just felt like she was my friend right away.”

Reynolds died at age 84 Dec. 28, one day after her daughter, actress Carrie Fisher, died. Fisher died four days after suffering a heart attack on a plane ride from London to Los Angeles.

“It was heartbreaking,” Fitzgerald said of the news. “What a loss. My breath left my body.”

In the early 1990s, Fitzgerald traveled with Reynolds on the American Movie Classics tour as the cable network AMC was originally known.

“I absolutely adored her,” Fitzgerald said. “She was so much fun and so funny. She had such a quick wit. She was a real spitfire.”

Reynolds alternated with Shirley Jones and Omar Sharif as being the star with Fitzgerald and the other younger performers.

“We would sing and dance from all the movie musicals,” Fitzgerald said.  “We really had Debbie with us most of the time.”

Reynolds starred with Gene Kelly in “Singin’ in the Rain” in 1952.

There were three women and two men performing with the star at various venues.

“After the show she would say, ‘C’mon kids, let’s all have a drink,’” Fitzgerald said. “She was hilarious. She would say ‘the producers won’t mind. Another bottle of champagne.’ You just liked her the moment you met her and you felt like you knew her forever.”

As the tour ended, she had Reynolds autograph her autobiography.

“She signed her book to my mom and put a little note about me, which was really sweet,” Fitzgerald said.

Following the news of Reynolds’ death, Fitzgerald said she had been in touch with the other younger performers on the tour to reminisce.