You are at:Home»Current in Zionsville»zWORKS members to have more places to work

A new partnership between local coworking spaces zWORKS in Zionsville and The Speak Easy in Indianapolis will give members of both groups reciprocity at multiple locations around the area. 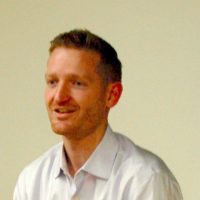 “Our philosophy is people like to work close to where they live,” said The Speak Easy cofounder and chairman Andy Clark, “but they like to collaborate in fun creative centralized locations.”

The Speak Easy will soon expand to Garfield Park, and locations in Speedway and Fountain Square are expected in the near future. Clark said the goal is to have eight to 10 locations by next year, likening it to Starbucks, giving members a place to work wherever they are around the city.

They also plan to sponsor events and learning opportunities for members, which began with Zionsville resident Adam Weber at zWORKS on Dec. 9. Weber was cofounder of the startup Bluebridge Digital Inc., which recently sold its church and tourism business for a combined $8 million.

Weber began his post-college path as a pastor in a church with eight members, growing to 250 members more than a year later. He found the parallel between his first job and his entrepreneurial venture with Bluebridge.

“When you take something that is nothing and turn it into a something, it’s about the same,” he said to the zWORKS attendees, most of whom have their own startups. “Do you have a vision for where you’re going and can you do the daily work to get it to that spot?”

He began Bluebridge with Santiago Jaramillo, who came to Weber with the start-up idea and wanted Weber to help with sales.

“I took a chance,” said Weber, recognizing the effort it takes with a startup company.  “You’re doing everything you can because you really believe in what you’re trying to build.”

He and Jaramillo reinvested the $8 million into their next venture, Emplify.