You are at:Home»Current in Zionsville»Zionsville Police Dept. lieutenant graduates from FBI National Academy 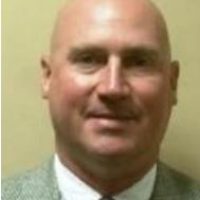 White described it as the most fantastic thing he has experienced besides becoming a parent.

The academy included 222 students representing 48 states and 20 countries. White said making so many contacts in so many agencies will be a great benefit.

“The network sessions are shrinking the world for us,” White said. “With electronics and social media, the world has no boundaries.”

White, 46, said the National Academy, in Quantico, Va., takes up to 1,000 officers a year in four different sessions. White started the program Oct. 3 and graduated Dec. 16.

“It’s a mind, body, spirit training situation meant for executive level law enforcement officers so that we can be come back and be contacts for the FBI,” said White, who lives in rural Zionsville. He will be promoted to captain Jan. 1. He has been with ZPD for 22 years.

White said they learned the resources that are available for smaller departments through the FBI, the FBI laboratory as well as the Drug Enforcement Agency.

His training includes 17 hours of coursework through the University of Virginia.

“I received training in leadership, stress management for law enforcement,” White said. “We dealt with employment law, international drug overall coverage and overall forensics. There was a physical regimen that went along with that.”

The program’s final fitness challenge is called the Yellow Brick Road Challenge, a three-mile marine obstacle course which is followed by a three-mile run.

The FBI National Academy was created by FBI director J. Edgar Hoover in 1935.

“It was designed to develop a commonality in police work in training,” White said. “It was to bring all departments together to train the same way, then send them back to assist with FBI investigations at the state and local levels. What was amazing to me is that it doesn’t matter where you go in the world or in the United States, or what size department, we all have similar situations we’re dealing with on a day-to-day basis. It was educational to learn how different departments of different sizes in different locations deal with those situations we deal with.”

Candidates are recommended by their agency’s chief or an administrative officer before applying for the program.