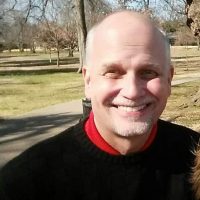 “It’s what is called historical sci-fi. Or historical fiction, at the very least,” Babbitt said. “It’s about the exploits of two gentlemen, Robert Young and Gene DeMarco. They’re based out of Montrose, Scotland during World War I. They’re called upon initially in the first story to the Island of Yell. It’s actually an island in the Shetland chain that really exists.”

The first story in the series is “The Island of Yell.” Babbitt made the stories as historically accurate as possible.

“I’ve tried to be as accurate as I could possibly be while at the same time telling a ghost story. The places are legitimate,” he said. “In fact, the entities, the ghosts and the experiences, have some history. What I’ve tried to do is take some of the stories from the ‘Island of Yell,’ which is one of the most haunted places in Great Britain, and flush those out to give some of the ghosts some back stories. I tried to stay as close to what was actually going on as possible.”

The second story in the series is “Portal to Hell.”

“It takes place in Loch Ness and involves the Irish Republican Army. I bring in Nikola Tesla. They use some of Tesla’s inventions,” Babbitt said. “That sets us up for the final episode, which is called the ‘Great Ho-Chunk Spell.’ It involves a Native American shaman, along with Winston Churchill, Tesla and our two heroes who kind of all go together to bring an early end to World War I.”

Babbitt discovered that film director Peter Jackson is an airplane buff and has an extensive collection of planes maintained by Gene DeMarco. Babbitt had used DeMarco’s name in the book and thought he should attempt to find out if the usage would be allowed. Babbitt sends DeMarco the first short story. Months pass without a reply and then it arrived. Not only was it OK, but DeMarco offered his advice on the planes in the stories.

The third story will be released by Thanksgiving. All three will be available for purchase on amazon.com.