You are at:Home»Current in Westfield»The Four Corners: The Depot to complete three-fourths of the commercial development at the intersection of Spring Mill Road and 161st Street 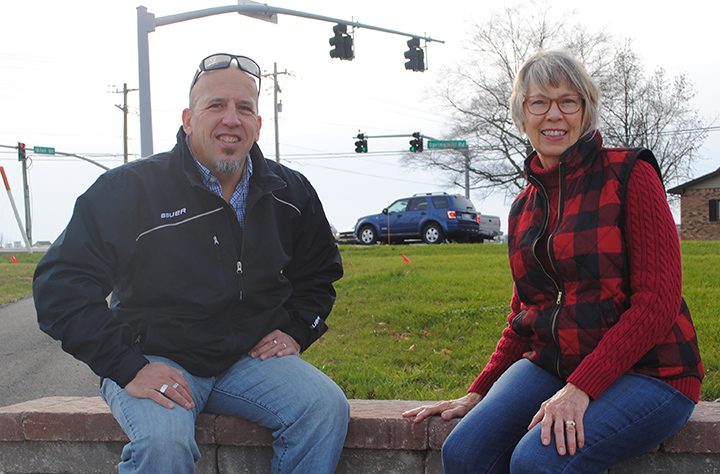 A battle long fought at the intersection of Spring Mill Road and 161st Street would have another portion completed with the proposed mixed-use development, The Depot at Spring Mill Station.

The controversy of what happened to those four corners goes back more than a decade when a developer approached the then-Town of Westfield with plans of putting a shopping center at the intersection. The problem: The comprehensive plan for that area did not call for retail development.

A rendering of the proposed mixed-use development at the southwest corner of Spring Mill Road and 161st Street. (Submitted
renderings)

At the time, the town council approved the plan, but due to a significant amount of backlash from town residents, it re-voted later to deny the zoning. The developer, Zinkan and Barker, took the town to court and won, leading to the shopping center and Kroger at the northeast corner of Spring Mill Road and 161st Street.

“That shopping center was so controversial that there are still a few people left out there that say, ‘I will never visit that shopping center,’” Mayor Andy Cook said. “In a strange way, it divided the town and also brought the town together as a city.”

In the years that followed, the town became a city and was approached every year by a developer with a proposal for retail on one of the remaining three corners. Each time, the city refused the developers until the creation of the Spring Mill Station Task Group, which rolled out the official Plan for Development in 2014, an addendum to the Westfield Washington Township Comprehensive Plan.

“The Spring Mill Station group formed themselves enough citizens and came to us and said, ‘Hey, why can we not participate in how these (remaining) three corners should be developed?’” Cook said.

Chris Bluto spearheaded the group of volunteers, which is still active today. The group came up with a plan that included architectural standards, a railroad theme and area uses for proposed developments.

“I think it’s important for people to get involved to find solutions and compromise to things going on in our community instead of just totally being against something just because you don’t like it,” Bluto said. “That seems to be something the city has been promoting that citizens can get involved, and they can find ways to work with local government and developments.”

Most recently, a CVS Pharmacy compliant with the railroad theme of the Spring Mill Station Task Group opened on the southeast corner. IU Health Physicians has plans to occupy the medical office building just south of the pharmacy. Apartments by EdgeRock Development are proposed further west on the south side. The Depot, placed on the immediate southwest corner of the intersection, is a proposal including developments such as a bank, a grocery store, retail and office buildings and a restaurant.

An alternative layout for the Depot calls for a fire station on 1.5 acres, which would eliminate two of the mixed-use buildings.

“(The Spring Mill Station Task Group) sets this level of architecture that says, ‘You’re welcome to come in, but if you’re going to do it, here’s what we want to see,’” Cook said. “So it’s worked beautifully. We now have three of the four corners developed.”

The remaining corner, just northwest of the intersection, is under discussion with the Spring Mill Station Task Group. 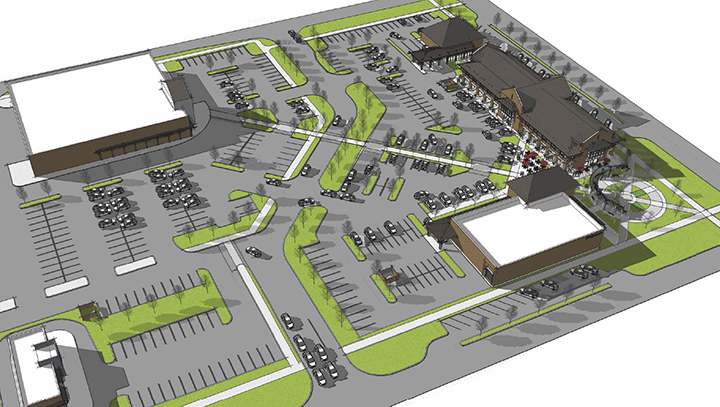 A bird’s-eye view of The Depot at Spring Mill Station.

The group reviews developers’ plans and targets the following points in regards to development at the intersection of Spring Mill Road and 161st Street: