You are at:Home»Night & Day»Zionsville Show Choir to sing into holidays 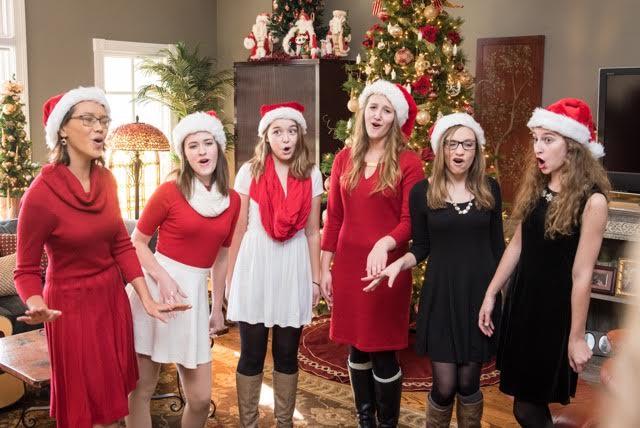 The ZCHS Holiday Concert at the Zionsville Performing Arts Center will feature performances by the Royalaires and Choralaires, which together form the Zionsville Show Choirs, Inc.

“It brings the happy holiday vibes early on,” said Cassidy Sampson, co-president of the co-ed Royalaires. “It lets you enjoy the holiday season a little bit more.”

During the Carol of Homes, six Zionsville homeowners open their doors with students performing solos, duets or in small groups. The performances change throughout the day with performers rotating to sing holiday music throughout the festively decorated homes, while other students serve as hosts.

“All members are involved in some capacity,” said Mollie Callahan, whose daughter is a show choir performer.

“I like to call it backwards caroling,” said Sampson, a senior who has been involved with show choir for three years. She said some members play instruments as background music.

“It’s really cool to see that some kids have more talent than just singing,” Sampson said.

With the students having latitude to create their performances, “There’s a freedom aspect to it,” Sampson said.

Simultaneously, a group of young men will sing a cappella carols strolling through down Main Street during Christmas in the Village.

Concert tickets are on sale at zvilleperformingarts.org. The Carol of Homes tickets are available in advance at Akard True Value Hardware or Inga’s Popcorn, or the day of the tour at Akard, any of the tour homes or at Century 21 Scheetz, with free hot chocolate and cookies.