You are at:Home»Current in Westfield»Chiropractic Wellness Center in Westfield celebrates re-opening 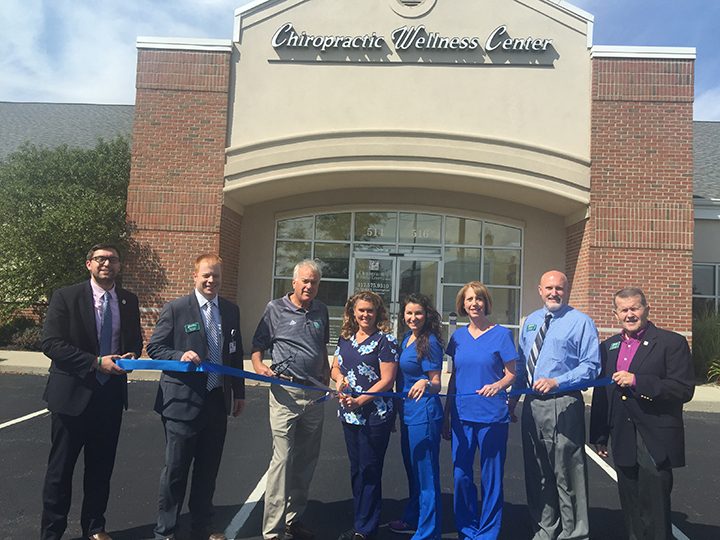 Since moving to Westfield in 2004, Dr. Sandra K. Cunningham had a goal of moving her practice there, too.

“I always wanted to live and work in the same community,” Cunningham said.

A year ago she finally was able to move her business, Chiropractic Wellness Center of Indiana, from Carmel. The business, 514 Ind. 32, held a ribbon cutting Aug. 31.

From 2000 to 2015, the office was in Carmel. Previously, it was near the Castleton Square Mall in Indianapolis, starting in 1986. It is Cunningham’s 30th year of her practice.

Cunningham moved from Carmel to Westfield in 2004.

“Twelve years ago we had a goal of having another office here or moving our office to Westfield,” she said.

Cunningham had been checking for several years for the building space to be open.

She recently leased part of her space to an insurance agent. Cunningham graduated in 2015 and received her medical acupuncture license. She plans to open another business, Sanctuary of Acupuncture, in the center next spring.

“That’s why we’re a wellness center,” Cunningham said. “I want there to be a lot of different things that can help people, different services of all different types. I listen to patients and listen to staff, and that’s how I designed this office to accommodate multiple doctors in the same practice and also multiple services so that a patient doesn’t have to go to multiple different locations to find things that are going to help them.”

Cunningham has four employees, including a massage therapist.

She is a founding member of the Rotary Club in Westfield. She was the driving force in starting the Sensory Gardens at the Freedom Trails Park in Westfield with an idea to create sensory experiences for autistic children.