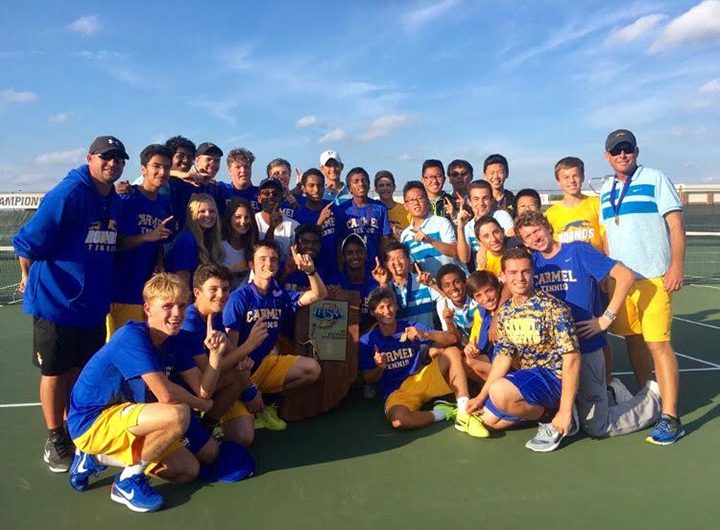 The Carmel High School boys tennis team did some soul-searching before this season. 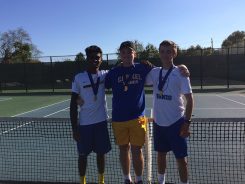 The Greyhounds finished 17-0 by topping North Central 4-1 in state team final Oct. 15, ending the Panthers’ three-year title run. Carmel had been eliminated by North Central in the state tournament the previous three years.

“It feels really cool to be the third team in history to get the Triple Crown,” said junior Patrick Fletchall, who beat Evansville Memorial’s Brandon Wu 6-1, 6-0 in the state singles final.

“The difference is I started playing smarter,” Fletchall said of this season. “I used to go for everything. Now I slow it down and go for the shots when I need it.”

The doubles team of seniors Ethan McAndrews and Jay Natarajan was 13-6 entering the postseason but reeled off 10 wins in a row to grab the title, beating Park Tudor’s Will Emhardt and Jared Katz, both Carmel residents, in the state title final.

“A lot of the losses were early in the season, so a big part for us was improving and making sure we played our best tennis as the season progressed,” McAndrews said.