You are at:Home»Current in Zionsville»Brackets For Good teams with AT&T to launch national competition

Brackets For Good is going national. 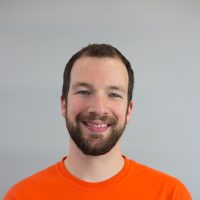 The Zionsville-based nonprofit features an NCAA college basketball tournament-style competition designed for nonprofits to compete head to head. It’s considered a win-win because all the nonprofits raise funds and awareness.

Brackets For Good USA 2017 presented by AT&T will feature 64 large national charities competing online in a single-elimination bracket-style fundraising tournament.  The winning organization will receive a $100,000 contribution from AT&T.

“AT&T’s partnership puts Brackets For Good on the map nationally,” said co-Founder and Executive Director Matt McIntyre, who describes it as competitive philanthropy. “Together, we’re creating the only national stage for philanthropy, and we couldn’t be more excited to further connect people to philanthropy.”

McIntyre said he and AT&T Indiana President Bill Soards have discussed the possibility of partnering for more than two years. Both McIntyre and Soards live in Zionsville.

“I think the national competition will be even more intense across borders and gain the attention of many more people,” McIntyre said. “All of the collective promotional horsepower will certainly bring more visibility to the smallest of nonprofits participating in any of our tournaments.”

“Our next goal is to host at least 64 city-based tournaments across the country and grant those winners a seat in the national tournament the following year,” McIntyre said. “Additionally, and in-line with our mission, we’re working on a way to further enable employers to connect, measure and track their employees’ participation in philanthropy, so stay tuned.”

Brackets For Good has started Community Teammates as a way to help introduce Indianapolis companies to local nonprofits.

“I believe in a vision for connected communities where for-profits, nonprofits and residents all work together to create the best possible living conditions for one another,” McIntyre said.