You are at:Home»Current in Zionsville»Zionsville Plan Commission OKs gas station as permitted use at intersection

The Zionsville Plan Commission approved a change that will allow a gas station as a permitted use at the southeast corner of U.S. 421 and E. 300 S. 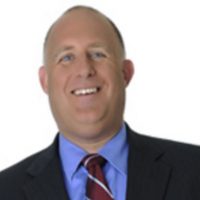 Wording in a list of commitments for the site approved by Boone County commissioners in 2008 left it unclear whether or not that use was allowed.

A Kroger grocery store is being planned for the site, and Matt Price, an attorney representing petitioner Harris FLP, said the entire plan may be in jeopardy if the gas station was not permitted.

Four nearby residents spoke against the change at the Oct. 17 meeting, citing drainage issues, crime, well-water contamination and other concerns. Allison Bash said she had her realtor confirm that a gas station would not be permitted at the intersection when she bought her property.

Commissioner Kevin Schiferl, who served on the county’s area plan commission that recommended approval of the commitments in 2008, said he was under the impression that a gas station would be allowed at the intersection when the rezoning took place.

“I think it would be folly for us to think (zoning) was put in place to prohibit fuel stations along one of the most primary arteries that we have,” he said. “That would essentially make us a community with no gas stations along a roadway for what had been two townships.”

He pointed out that Zionsville currently only has two gas stations.

“If we’re going to get more rooftops, like it or not, we need to provide more services to the residents,” he said.

Commissioner Jay Parks was the lone vote against the change.

Price said plans for the site are preliminary. Development plans would need to be approved by the ZPC.