A federal judge dismissed a class against lawsuit against the City of Carmel regarding traffic citations given under a now invalid ordinance. 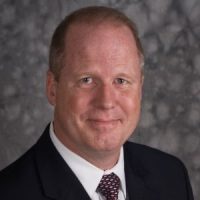 After the Indiana State Court of Appeals overturned a traffic ordinance in Carmel, attorney Ed Bielski filed a class action lawsuit for 18 motorists who received a ticket under Carmel’s provisions. Bielski said motorists can’t be responsible for breaking a law that wasn’t properly written or was thrown out by the court of appeals, so compensation made sense.

Carmel’s law was deemed invalid because the court claimed it duplicated state law. Carmel’s ordinance referenced a state law against driving faster than 20 miles per hour in construction zones. This was done so Carmel could receive a bigger portion of the revenue instead of the state.

The Indiana Court of Appeals said that Carmel violated the state’s Home Rule Act, which places restrictions on local governments. Since then, Carmel has repealed its ordinance and passed a newly written law that complies with the state law.

“We are pleased with this decision that confirms our view that this case was frivolous and needed to be dismissed to preserve justice and the procedures used by many cities and towns across Indiana,” he said.

Federal Judge Jane Magnus-Stinson dismissed the class-action lawsuit entirely Oct. 6 because the plaintiffs failed to show that the U.S. Constitution was violated. She said none of the plaintiffs sought to dismiss their tickets before paying and that their arguments kept changing throughout the response to the court’s order to show cause.

“The response appeared to wholly disregard the court’s directive, instead containing another attempt to reframe the allegations, and doing little to explain why plaintiffs have standing,” she wrote. “Moreover, Plaintiffs also failed to identify the constitutional basis for each of their claims.”

The court’s opinion was critical of Bielski and stated that the plaintiffs, “changed their allegations over time, dodging and weaving between arguments asserted by defendants,” to respond to any motions to dismiss.

“The court is disturbed by plaintiffs’ scattershot approach to this litigation, as demonstrated by the fact that plaintiffs amended their complaint three times in three months,” she wrote. “Further, plaintiffs’ claims have evolved over time in reaction to the defendants’ and the court’s actions.”

The federal litigation is done, but the plaintiffs have 30 days to appeal. They could also refile the state-law claim in state court. Bielski stated that he is considering an appeal.

“We respectfully disagree with the District Court and are evaluating potential issues for appeal,” he stated. “Unfortunately, what this means for the affected drivers is that there will be a longer and more expensive road to what we hope will ultimately be justice.”