After an absence of several years, the Indiana Wind Symphony is bringing back the smaller wind chamber performances. 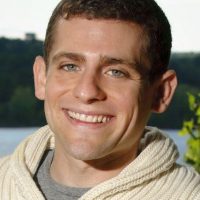 The chamber winds of the Indiana Wind Symphony will present Wind Chamber Magic  at 7:30 p.m. Oct. 22 at the Studio Theater in Carmel.

“It’s the first time we’ve done it as part of our season at the Center for the Performing Arts,” IWS Music Director Charlie Conrad said.

The pieces have five to 10 wind players at a time.

“This is the type of music that hardly ever gets performed,” Conrad said.

Conrad said it will start with one of the most famous Wind Chamber works,  Igor Stravinsky’s “Octet,” which was written in 1921

“It’s from his neoclassical period of composition,” Conrad said.

The second piece was a companion piece to Stravinsky’s “Octet.” It uses the same eight instruments.

Oliver Caplan, a Boston resident who will join the Wind Chamber for the concert, wrote the piece. It is called “Krummholz Variations.”

Conrad said it is a Norwegian term for bent wood.

“It’s about trees in the Arctic Circle, which is an interesting topic,” Conrad said. “We were part of the consortium that commissioned this piece. It’s a terrific new addition to the repertoire.”

The Wind Chamber’s brass quartet will then perform a world premiere of  “Cathexis” by Nathan Beversluis, a North Central High School graduate. Beversluis, conductor of Greensboro (N.C.) Symphony, will  join the Wind Chamber.

Conrad said cathexis is defined as an unhealthy obsession, usually with a person.

“But in this case, it’s an obsession with rhythm,” Conrad said. “It’s an interesting new piece.”

The group will conclude with Arthur Bird’s “Suite in D” for 10 wind instruments.

“It’s by the finest American composer no one has ever heard of,” Conrad said. “He lived in the late 1880s and wrote in the European romantic style.”