You are at:Home»Current in Fishers»Philly Pretzel Factory seeks local partner 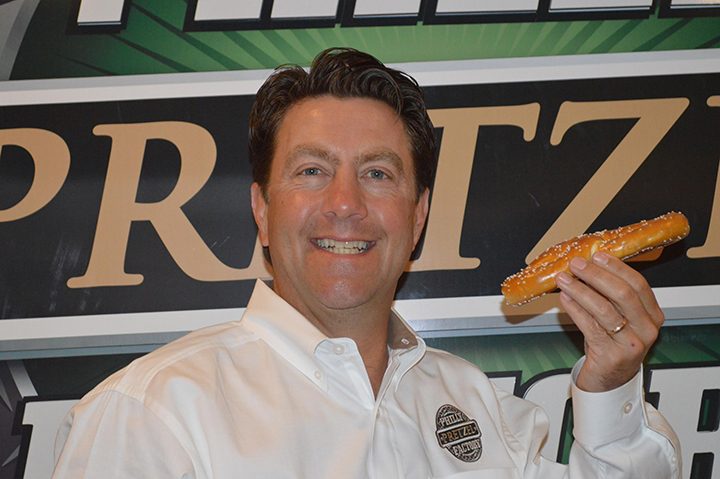 Philly Pretzel Factory official Tom Monaghan views Fishers as a good location for one of its franchises. (Submitted photo)

Tom Monaghan, chief development officer of the Philadelphia-based company founded in 1998, said there are 170 stores in 15 states. The only one in Indiana is at the Indianapolis Zoo.

“We’re looking for franchise partners to build the brand in the local communities and to build jobs,” Monaghan said.

Monaghan said the zoo has been a successful spot.

“We want to take that out into the suburbs, where it has really flourished (in other markets) with the families, schools and other organizations,” Monaghan said.

Monaghan said people will buy the pretzels from the store at the wholesale level and then sell them at events. Monaghan said his company examined the demographics of the marketplace and Fishers is a good match.

“We look at the population of children because children are a big driver of the product, as it used so often at school and sporting events,” he said. “A big part of our business is not only the retail, but wholesale as a community asset for fundraising.”

“Ours is a very value-based product,” Monaghan said. “We’re running a deal right now where for $5, you get 20 pretzels. At Auntie Annie’s, it might be $5 for one pretzel. People buy dozens at a time for tailgate parties or soccer games. People bring in enough pretzels to feed everyone. It ends up being a great value at pennies per person.”

Monaghan said depending on the market pretzels go from 75 cents to $1.

“That’s the franchise fee, the equipment, the build-out and the training,” Monaghan said.

These products are normally found in a stand-alone bakery, transportation and entertainment venues, and Walmart.